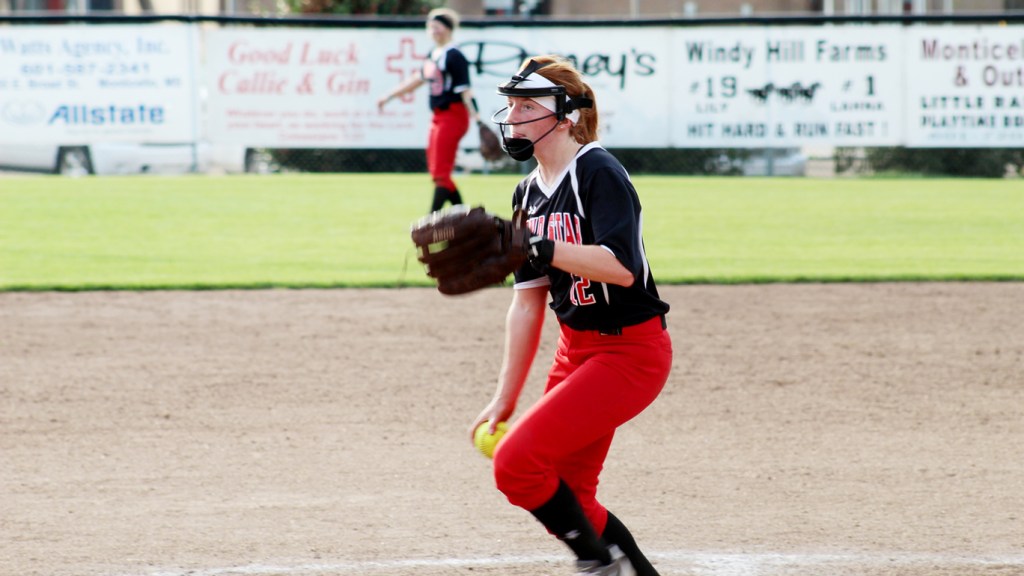 Daily Leader file photo Loyd Star senior Aly Floyd picked up the win in relief for the Lady Hornets Monday in their 11-8 extra inning win over Pisgah. Floyd forced three straight outs in the bottom of the seventh to send the MHSAA 2A playoff game into extra innings.

Pisgah led 6-4 after six innings in game one of the 2A playoff series. LS scored two runs in the top of the seventh to send the game into an eighth inning. In that extra frame the Lady Hornets outscored Pisgah 5-2 to secure the win.

To start the LS half of the eighth Carly Beth Wallace was placed on second as the tiebreaker. Wallace moved to third when leadoff hitter Carson Hughey bunted to get aboard. Wallace and Hughey would then score on a triple by junior outfielder Malori Cade.

The bases became loaded after Meagan Poole was hit by a pitch and Johnna Norman was intentionally walked. An Alyssa Leggett groundout scored Cade, Aubrey Britt reached on an error that scored Poole, and Baylee Zumbro hit a sac fly that scored Norman and put LS up 11-6.

Pisgah began its half of the eighth with a two-run home run to pull within 11-8. The Lady Dragons then got a double and a single before Loyd Star pitcher Aly Floyd forced three straight outs to end the game.

“We started rusty after not playing in a week, but we did what we needed to get the win,” said Loyd Star head coach Jan Delaughter. “We had some key hits by Zumbro, Floyd and Cade. To compete in the playoffs from here on out we need to be prepared mentally for every game and every inning.”

Hughey drew the start and threw 91 pitches in 4.1 innings of work. She struck out three and walked three while giving up eight hits and four earned runs. Floyd picked up the win in relief.

It was Cade who sparked the rally in the top of the seventh to get the game to extra innings. She started the frame of with a double. Poole then drew a walk and gained third on a Norman groundout that caught Cade advancing to third. Leggett would single to score Poole and a Floyd walk later in the inning scored Norman and tied the game at 6-6.

Floyd then went fly out, fly out and ground out in the bottom of the seventh to send the game to extra innings.