A ‘Lott’ of baseball begins 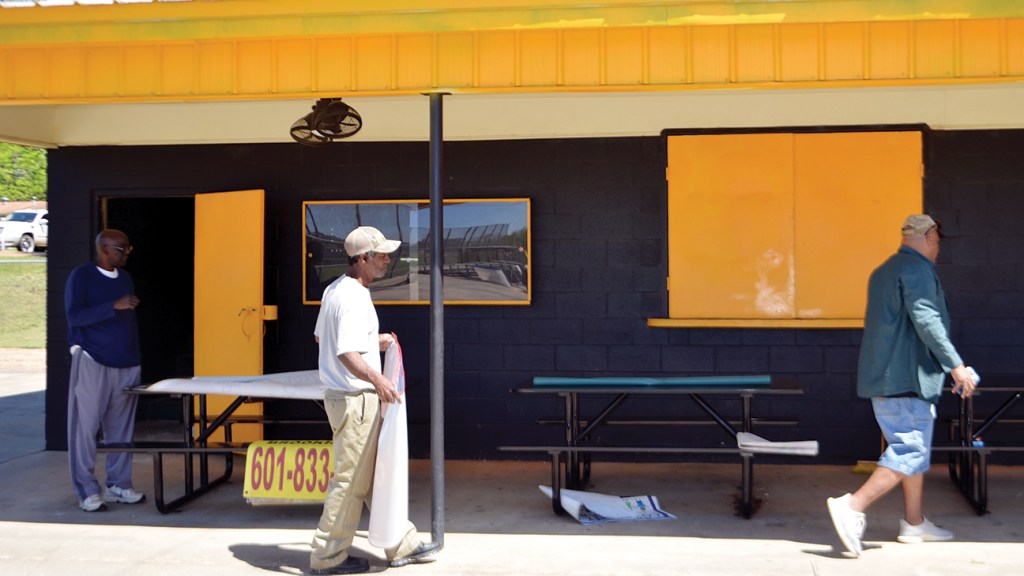 The Dr. A. L. Lott youth baseball program will host opening ceremonies today with games starting at 10 a.m. and continuing throughout the day.

Teams representing Liberty, Waynesboro, Hermanville, Meridian (two teams) Hazlehurst and Brookhaven will compete today in a jamboree-style format. Games will last about one hour, and free food and entertainment will be provided.

Roy Smith, director of the program, said youth sports are a great way to offer children a structured environment where they can learn to compete and be part of a team.

“I played ball when I was young. I played Little League up to Babe Ruth. I have a lot of good memories from that time,” he said. “Most kids can learn to have fun playing sports and there are so many life lessons that can be experienced on a ball field. Developing healthy relationships with peers and their coaches is a vital part of growing up.”

The program is part of the American Little League Association. Hundreds of children, parents, grandparents and other family members are involved each year. Smith said 125 children have registered so far, but registrations are still being taken. A registration table will be set up at the complex during today’s games.

Smith said the league is important to the community because it provides an opportunity for all children to play baseball or softball. Smith helped establish the league a decade ago.

“I believe that Dr. A. L. Lott would be happy to see how this baseball tournament supports the community that he loved,” Smith said.

Dr. A. L. Lott was a much-loved physician who had a large practice in the community. He was the first black physician on staff at King’s Daughters Medical Center. He joined the medical staff in June of 1977.

Dr. Braxter Irby, a nephrologist in Brookhaven, remembers Dr. Lott as a “warm and gentle man and a fine physician.”

“Many times he took care of patients and expected nothing in return,” Irby said. “He didn’t care if he got paid or not. He just wanted to help people. My life has been better for knowing Dr. Lott.”

A historical marker for Lott was erected in 2017 near his church, Bethel A.M.E.

Born to Lillie and Jessie Lott in 1921, Lott grew up in the depression era. He graduated at 16 with high honors in 1937 to start his premed studies at Alcorn. He received his bachelor’s degree four years later. After graduation, he was in only the second class that accepted black students into the Engineering Officers Training School in Fort Belvoir, Virginia. He graduated medical school in 1950 and came back to Brookhaven to start his practice.

He made house calls but you had to go to his house to be seen. He loved athletics and served as team doctor for several football programs.

He was a charter member and chairman of the Alcorn State University Foundation and a charter member of the Lincoln County Alcorn State University Alumni Association and Booster Club. In 1992, Alcorn renamed a dormitory after Lott. The three-story building holds 79 rooms. In 1993, he was inducted into the Alcorn Hall of Honor. He died Dec. 20 that same year. He is buried in Carver Heights Cemetery.