Wind Symphony ready to play on 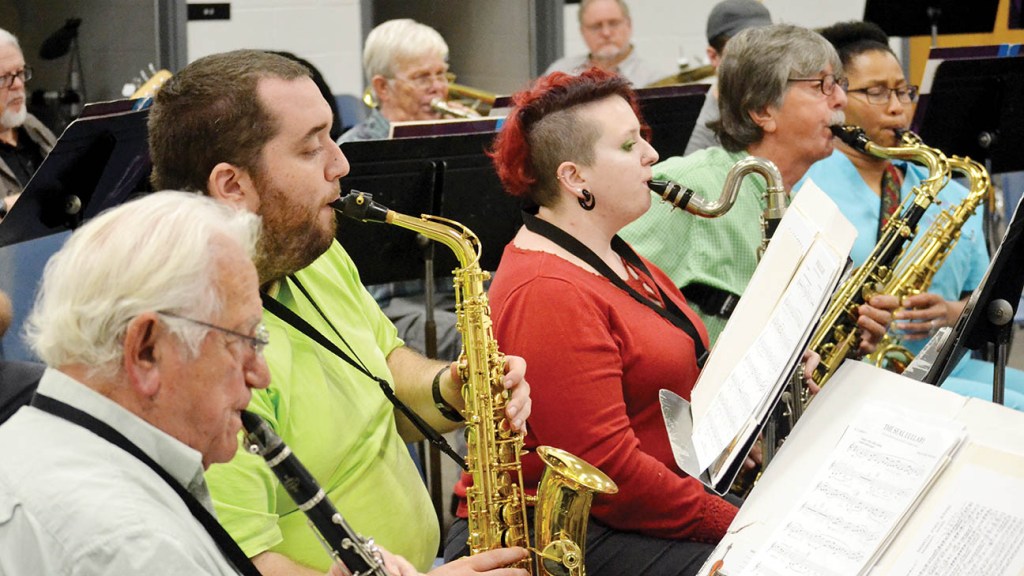 Members of the Ole Brook Wind Symphony are gearing up for the first of their annual spring concerts.

Both shows begin at 7 p.m. and are free to the public.

Thirty to 40 musicians of various ages — the oldest member is 87, the youngest is a teenager — volunteer to practice for months leading up to the two spring shows. This dedicated group shares a love for music and performing, said Leroy Smith of McComb who co-directs the concerts with Stanley Stewart of Wesson.

Smith was recruited to join the symphony about eight years ago. He’s a sax man, but also a retired high school band director.

“They said, ‘Why don’t you direct us a little bit and help us out,’” he said. “Then it went from being a little bit to a lot.”

He enjoys playing saxophone with the symphony and also directing the musicians because it keeps him around music.

“It’s just a big part of my life,” he said. “I’ve always been involved in playing instruments, performing and directing bands. Since I’ve retired, it’s good to keep active in that part of my life that’s so important to me.”

He enjoys the camaraderie that develops through the many rehearsals leading up to the big concerts. Although everyone comes from different jobs and backgrounds, they find a common bond with music.

“We have a lot of people who show up from all walks of life. It’s almost like a big family,” he said.

One of those people is drummer Pat Barrett of Madison. A retired orthopedic surgeon, Barrett first found himself at the receiving end of Smith’s baton six decades ago. Barrett was in the high school band when Smith was its director in McComb.

“He comes down for rehearsal and loves to play,” Smith said.

The show will be the same for both venues. The full wind symphony will start with “Coat of Arms” by George Kenny, followed by “Les Miserables,” “Mississippi Suite,” “Holiday for Trombones,” “Promenade,” “La Perichole,” “America the Beautiful,” “El Espiritu De Valencia” and “The Thunderer.”

The jazz band will also perform with the addition of vocalists — “Georgia on My Mind,” “I’ll Be Seeing You” and “At Last” along with performances by the clarinet choir that includes a folk song medley and “The Band Played On.”