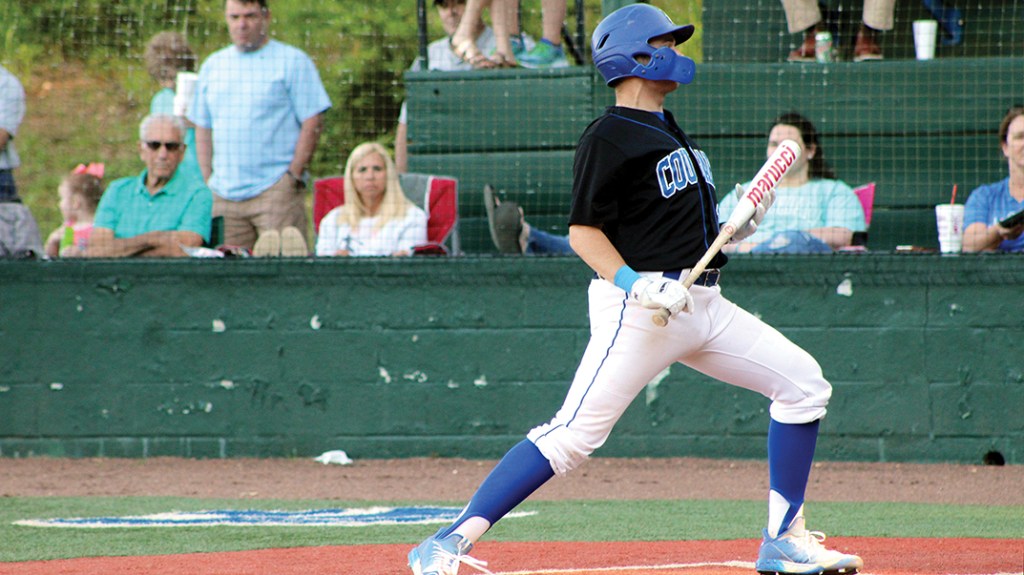 Photo by Cliff Furr Brookhaven Academy junior infielder Brady Springs takes a pitch to his back on Friday against River Oaks School. BA travels to face Amite School Center in a second round MAIS series beginning tonight after sweeping River Oaks in the first round.

The Brookhaven Academy Cougars (15-9) cruised into the second round of the MAIS AA playoffs with a first-round sweep of the River Oaks School Mustangs. BA welcomed the visitors from Monroe, Louisiana to Williams-Gillis Ballpark on Friday and whipped ROS 19-1.

The Cougars looked like they were hitting off a tee as they used 13 hits to get the blowout win. Cade Brown, Dawson Flowers, Caston Thompson and Collin Waldrop all hit a double apiece for coach Tyler Parvin.

Tanner Watts threw three innings and gave up one hit while striking out four. Thompson pitched in relief and struck out four while giving up one hit and one run.

Back on March 1, BA beat Amite School Center 5-4 in their only regular season matchup. ASC (16-6-1) had a first-round bye and won their district with an 8-0 record this season. First pitch in Liberty is at 6:30 p.m. tonight. Game two begins at 5 p.m. Thursday and if game three is needed it will immediately follow.