Hornets have no trouble with Enterprise-Clarke 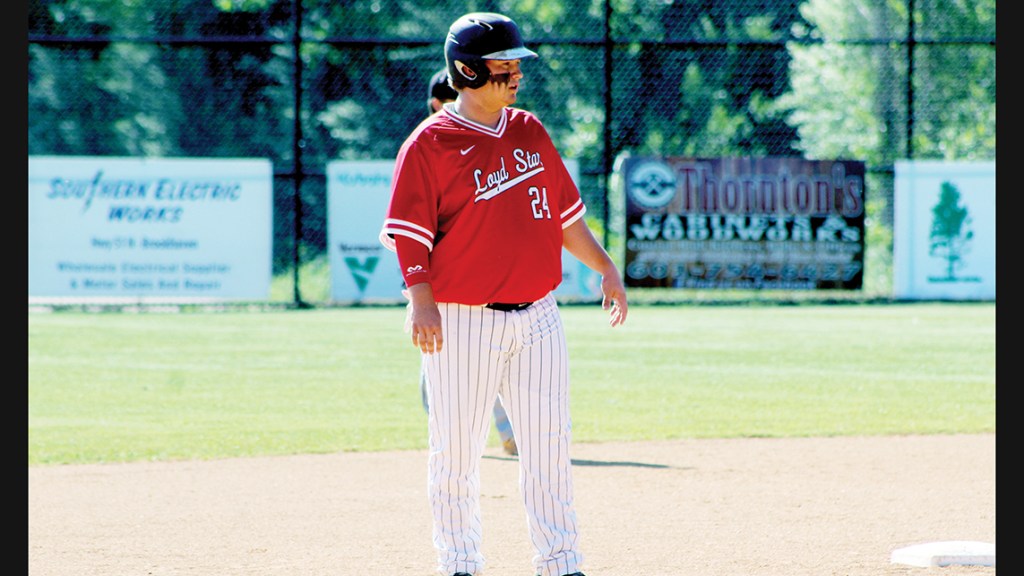 Photo by Cliff Furr Loyd Star senior Rials Hester stands on second base in the first inning Saturday against Enterprise-Clarke. Loyd Star swept the Bulldogs in their MHSAA 2A playoff series and will next play St. Joseph beginning Thursday.

Loyd Star is on to the third round of the MHSAA 2A state playoffs after completing a sweep of the Enterprise-Clarke Bulldogs Saturday.

Friday on the road the Hornets (17-8) whipped Enterprise 11-2 in the series opener. Senior pitcher Dylan Case was lights-out as he struck out six and gave up one hit and one earned run in seven innings. Case walked six and threw 111 pitches in the win.

Senior Dane Smith drove in four runs as he, Case, Rials Hester and Casen DeHart had two hits apiece. Loyd Star trailed 2-1 until scoring three runs in the fourth and five in the fifth to take control of the game. The Hornets committed four errors and the Bulldogs committed five as well. Reese DeHart and Stephen Mills also hit safely for coach Jared Britt.

On Saturday the big inning was the third when LS scored seven runs on the way to a 12-2 win. The Hornets outhit Enterprise 8-3 as Dane Smith held the Bulldogs to three hits in five innings. Smith needed 70 pitches to strike out three and walk four in the complete game win.

Senior outfielder James Beard drove in five runs to power the Hornets at the plate. In the second inning Beard hit a solo home run that put LS up 2-0. During the third inning run scoring bonanza Beard blasted a grand slam to center that had his team leading 9-0.

Loyd Star now moves on to face St. Joseph in a third round series that begins Thursday. The Hornets host game one Thursday at 6 p.m. Game two will be at St. Joseph Friday and if game three is needed it will be played at Loyd Star on Saturday. The Hornets and Bruins are the winners of the last two MHSAA 2A state championships with the Hornets winning the title on the field in 2017 and the Bruins claiming the trophy last season.