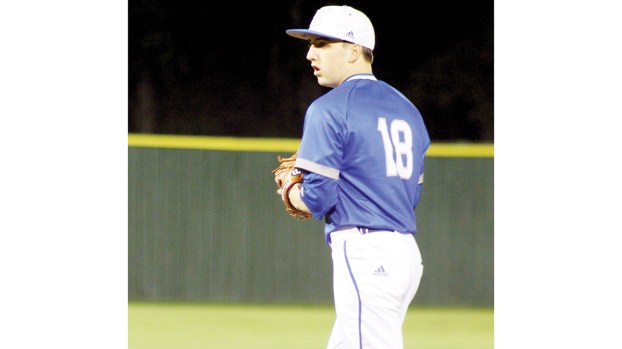 If you were running late Thursday, then you might have missed the Brookhaven Academy playoff game at Williams-Gillis Ballpark. The Cougars and Amite School Center Rebels started at 5 p.m. and BA sent their fans home happy and quickly as they only needed three innings to stomp ASC 15-0.

With the win BA captures the playoff series 2-0 and moves on to face the Newton County Academy Generals in the MAIS AA South State championship series next week. The Cougars and Gens are district foes and BA swept NCA in the regular season. In their first matchup on March 19 the Cougars had hot bats in Decatur as they won going away, 15-3. Two nights later at home BA used a walk-off single by Tanner Watts to complete the sweep with a 6-5 win.

Thursday against ASC, the left-handed Watts struck out four and walked two without allowing a hit. The BA offense scored four runs in the first, five in the second and six in the third to end the game early.

Junior Cougar catcher Nick Ogden went 3-for-3 with three RBIs and a home run to lead the BA artillery. Caston Thompson and Keegan Smith had two hits apiece. Thompson hit a double and had two RBIs and Smith drove in three runs. Dawson Flowers, Judson Griffin and Collin Waldrop all also hit safely for coach Tyler Parvin. Flowers drove in a pair of runs as did Griffin. Waldrop and Cade Brown had an RBI each.

Brown began the game with a walk that was followed by a Flowers walk. The duo then scored on a Thomson double that put BA up 2-0.  Thompson scored later in the inning on a fielder’s choice by Griffin as BA batted around the lineup once in the first inning. Smith also hit an RBI single in the first that scored Ogden.

In the third Ogden blasted a home run to left that scored Thompson. Waldrop later had an RBI single and a bases loaded walk sent Brown home and had BA leading 13-0.

The 15-run mercy rule was invoked after the next batter when Flowers roped a single that scored Smith and Waldrop to end the game.

“Nick was the leader at the plate for us,” said Parvin. “As a team we hit it well from top to bottom.”

A strength of this BA team is their pitching depth. Flowers and Watts are the automatic first and second game starters. The left-handed Thompson is another strong starter that BA can use if they play a third game. Ogden, Griffin, Waldrop and Brady Spring are all options out of the pen.

“We’ve got the arms, we just haven’t had to use them in the playoffs yet and I hope it stays that way,” said Parvin.

It was Ogden who came in as relief and changed the game the last time BA and Newton County played. The junior moved from catching to the mound and inherited bases loaded with one out. Ogden got two outs to end the inning and gave up no hits in 1.2 innings of work which gave the Cougars a chance to make their dramatic comeback.

NCA (17-12) has an Ole Miss verbal commit in massive junior slugger Kemp Alderman. BA had success against Alderman — who is also a hard throwing pitcher — when they played at Newton County. Alderman struck out 10 but gave up six earned runs on seven hits.

“When we played them at Newton we did a better job of being patient our second time through the order,” said Parvin. “They’ve also got another solid arm in Hayden West.”

The Cougars will travel to NCA for a 5 p.m. first pitch Tuesday. Game two will be Wednesday at BA beginning at 5 p.m. If game three is needed it will be played immediately after game two. The series is packed in to the tight time frame due to graduations at both schools. Newton County graduation is Thursday and BA will have graduation Friday.

The winner of the series moves on to the AA State Championship to play either Tri-County or Central Holmes the following week.

Nations is SSAC freshman of the year