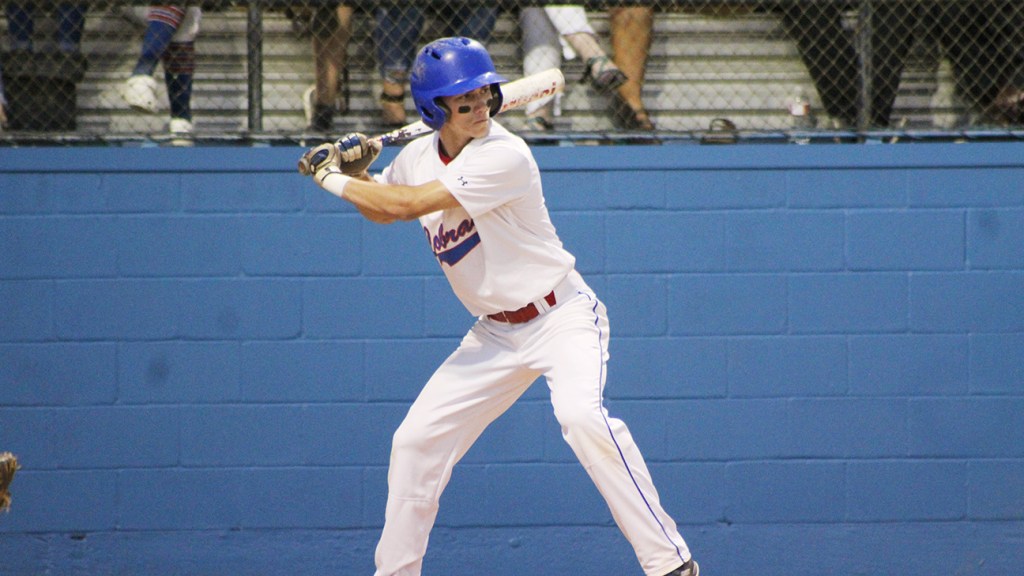 Photo by Cliff Furr Wesson senior Jim Guess and the Cobras outhit West Marion 5-4 on Thursday, but saw the homestanding Trojans escape with a 5-1 victory in the 3A playoff series. The winner of the series moves on to the South State championship against either Magee or Southeast Lauderdale.

The Wesson Cobras (18-12) traveled to Foxworth Thursday for game one in their 3A state playoff pairing with West Marion. Coach Seth Lofton and his crew outhit the Trojans 5-4, but couldn’t overcome six errors in a 5-1 loss.

Junior pitcher Kenner Bizot held WM to four hits while striking out four and walking only two. Bizot threw 78 pitches over six innings and surrendered only one earned run.

West Marion (21-9) had three of their four hits in the game go for doubles. The Trojans scored two in the third, two in the fifth, and one in the sixth. The lone Wesson run came in the top of the seventh when Thompson hit a single that scored Will McInnis.

The two teams are both members of Region 8-3A. WM beat Wesson 4-3 in extra innings and 4-1 in the regular season.