St. Joe shuts Hornets out in game 1 of series 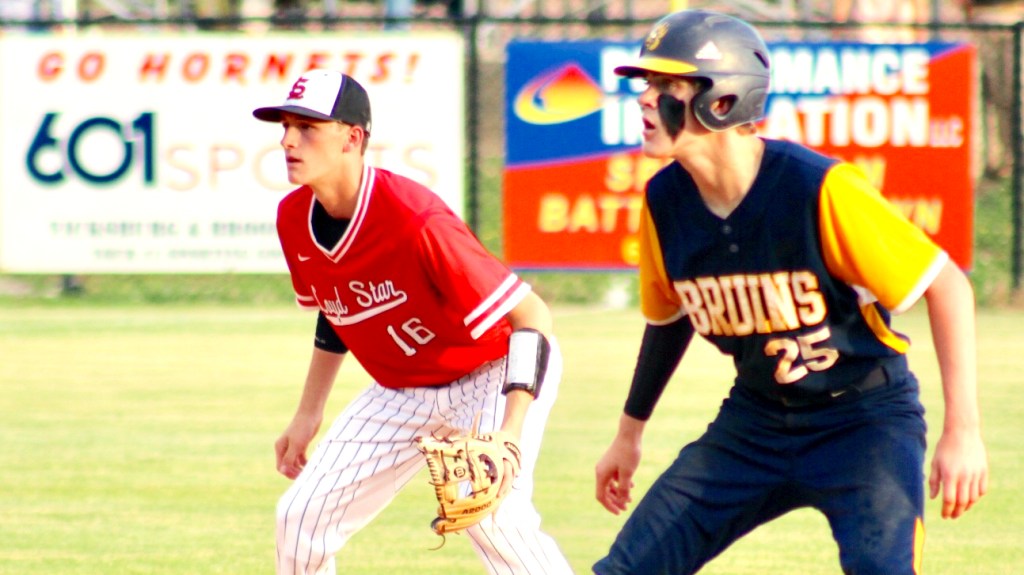 The defending 2A state champion St. Joseph Bruins jumped up early and handcuffed the Loyd Star (17-9) offense Thursday on Smith Field as the visitors from Madison County took game one of their playoff series with a 5-0 shutout win.

The teams had five hits apiece, but the St. Joe (18-8-1) pitching kept the Hornets from generating much offense. Junior Joe Pearson kept LS off balance with his go-to breaking ball. Pearson came into the game with a 1.39 earned run average. He struck out four, walked two and only needed 89 efficient pitches to pick up the complete game shutout. Errors also cost Loyd Star as they committed three in the loss.

“St. Joe played better than we did tonight,” said Loyd Star coach Jared Britt. “They were able to make the small plays all night long.”

In the second, St. Joe quickly got runners on second and third and then used a sac bunt to score their first run. The Bruins manufactured one more run in the frame to lead 2-0.

Loyd Star had bases loaded in the second but couldn’t push a run past Pearson. St. Joe was opportunistic on the base paths and moved a runner up to be in position to tag from third in the fourth. The sac fly to right field put St. Joe up 3-0. They added one run in the fifth and another on an error in the seventh.

Loyd Star senior starter Dylan Case was solid on the mound. Case threw 103 pitches and gave up three earned runs on five hits. He struck out one, walked four, hit three batters and had a pair of balks.

“We didn’t make plays for Dylan Case,” said Britt. “We had a couple of big errors that hurt us, and we were unable to rebound from. We didn’t hit the ball well tonight.”

Dane Smith, Logan Smith and Casen DeHart all hit safely for LS. Brent Cade led the Hornets with a pair of hits.

“Pearson did a great job at pitching and keeping us off balanced at the plate,” said Britt. “We were able to square up the ball but most of those were right at their players.”