Hornets and Cobras see seasons ended in third round 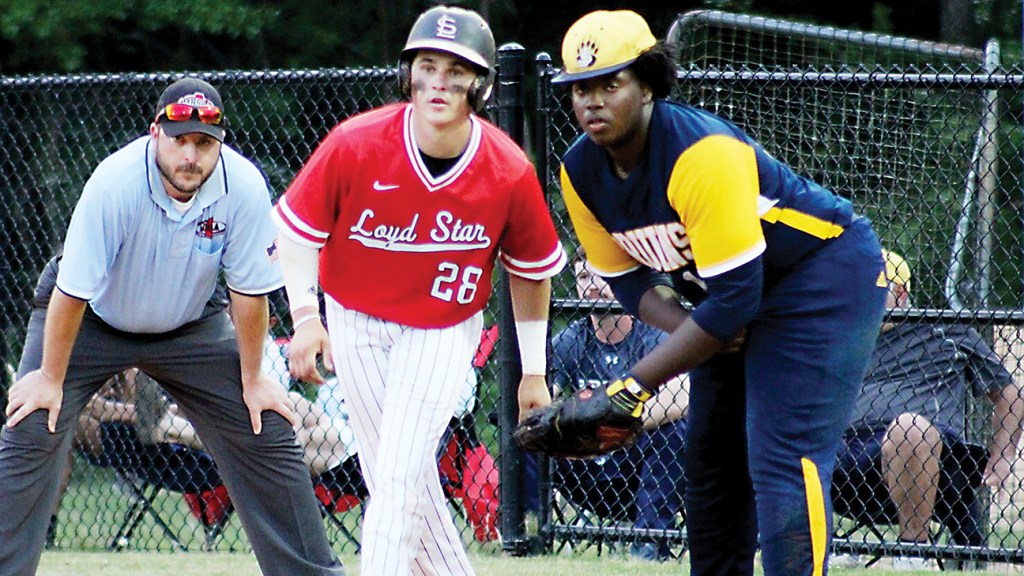 Photo by Katie Furr Loyd Star senior Logan “Poe” Smith and the Hornets had their season ended in the third round of the MHSAA 2A playoffs after being swept by the St. Joseph Bruins.

Both the Loyd Star Hornets and Wesson Cobras had their seasons ended this weekend in high school baseball playoff action.

After dropping game one at their place Thursday 5-0, Loyd Star (17-10) needed a win Friday in Madison to extend their playoff series with defending 2A state champs St. Joseph (19-8-1)

Loyd Star led 3-0 through three Friday and outhit St. Joe 9-5, but a rally by the home team in the bottom of the fifth gave the Bruins a 4-3 win to sweep the series.

St. Joe pitcher Josh Bailey gave up eight hits, but only one earned run and struck out 12 Hornets in picking up the win.

St. Joe moves on to play Taylorsville in the south state championship.

The Wesson Cobras (19-13) took the West Marion Trojans (22-10) to a third game this weekend in their 3A playoff pairing. After dropping game one on the road 5-1 Thursday, Wesson bounced back to win game two 6-4 at home Friday.

Saturday, the Trojans used a six-run fifth inning to take a 10-1 series clinching victory over coach Seth Lofton and his team.

Wesson battled back Friday night behind a gritty pitching performance by Will McInnis and a big home run from Derek Freeman. Saturday, they were done in by six errors committed in the field and 15 strikeouts at the plate. Shelby Terrell of West Marion allowed four hits, one runs, struck out 15 and only walked one for WM.

“The season has been a good one for us and it’s great to see these boys have the kind of success we’ve had,” said Lofton.

With 19 wins, Wesson has had its best season since the 2016 team won 21 games. The Cobras had not made the third round of the playoffs since the 2015 team lost in a close three game series to St. Andrew’s.

The Cobras will move down to 2A next season to compete with Enterprise, Bogue Chitto, Loyd Star, West Lincoln and Amite County in Region 7-2A. Seniors for Wesson include Slay Acy, Cade Lowery, Colton Newman, Guess, McInnis, Freeman and Thompson.

West Marion will play Magee in the 3A south state title series.