Lady Panthers are 5A state runners-up 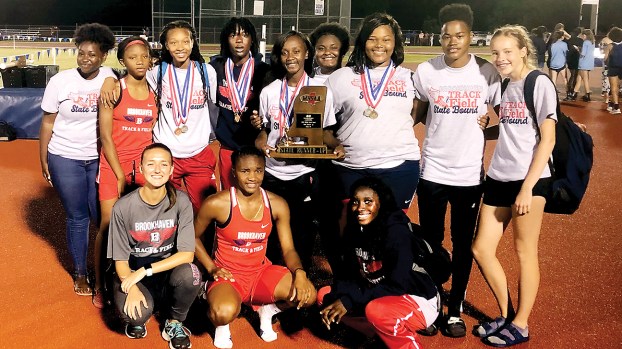 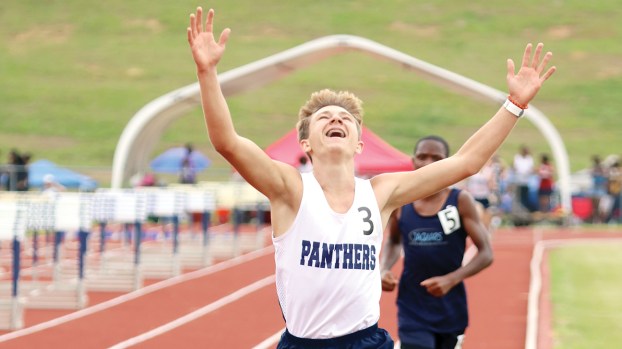 Photo by Terri Mabile Brookhaven High junior Jacob Britt raises his arms in victory after winning the 3,200-meter race at the 5A state track meet. 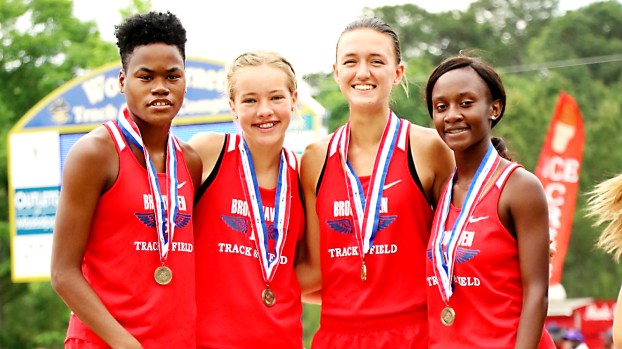 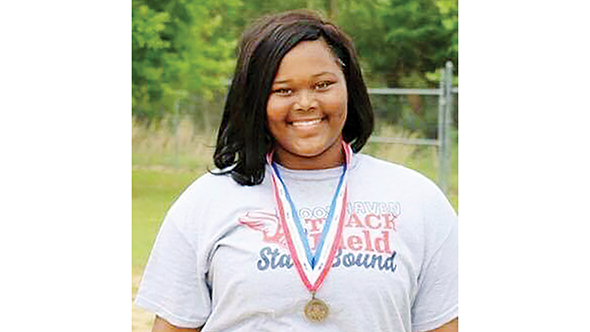 Photo by Terri Mabile Sophomore Ah’Menya Rancifer captured the 5A state championship in the shot put for a second straight year.

BHS was edged out by Long Beach High for the top spot.

The 4 x 800 relay team of Ayanna McNairy, Abby Roberts, Ellie Slay and Miyah Miller took gold in their event by running a time of 10 minutes and 27 seconds. They defeated the second-place team from Germantown by over 11 seconds. Roberts and Miller are seniors, McNairy is a junior and Slay is a freshman.

Another top spot on the podium was earned by sophomore Ah’Menya Rancifer. For a second straight year no one in 5A could match Rancifer in throwing the shot put. Her winning throw this year was 37 feet, 4.75 inches. Last year as a freshman, Rancifer won her first state title with a 38 feet, .05 inches toss. As she did last season, Rancifer also won second place in the discus.

The 4 x 100 team of Frazier, Willis, Levi and Aniyah Cook finished third in their relay. Frazier is a sophomore, Levi is a junior and Cook is a freshman.