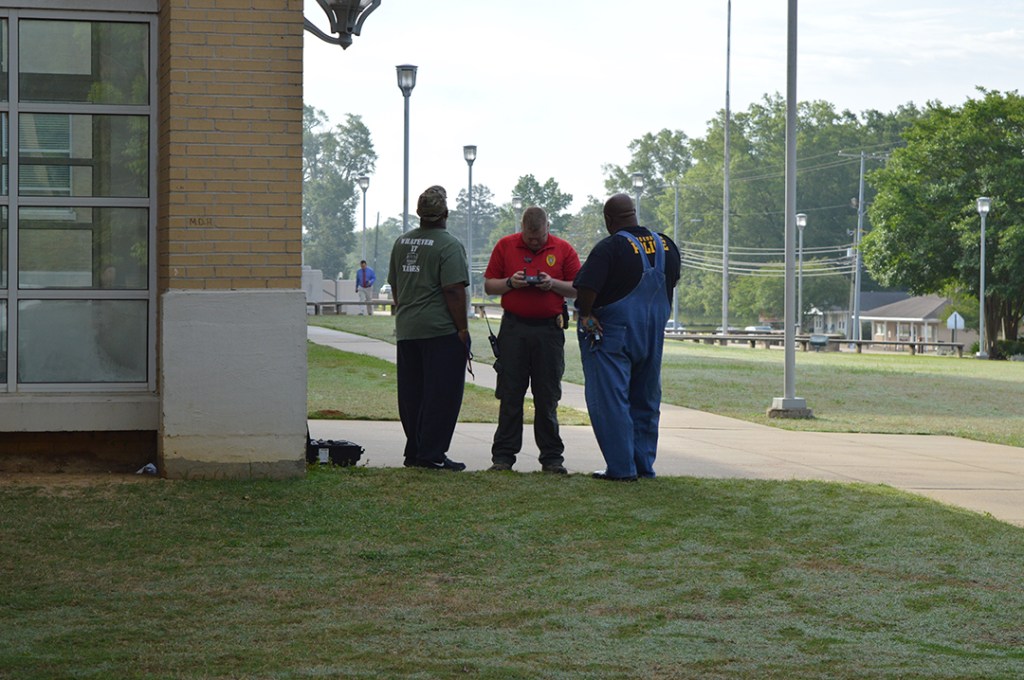 Ninth graders at Brookhaven High School are taking Algebra state tests today after a bomb-threat disrupted classes Tuesday and caused an evacuation of the school.

No devices were found on campus after a search by the Mississippi Highway Patrol’s bomb-sniffing dog, said Principal David Martin.

An unidentified caller contacted 911 Tuesday about 7:20 a.m. to say there was a bomb at the high school on East Monticello Street, he said.

About 750 students were directed to the football field while the authorities searched the campus.

“The first concern of the Brookhaven School District is the safety of our students,” BHS spokeswoman April Clopton said Tuesday morning.

A message to parents with news of the evacuation was pushed out on Facebook as soon as law enforcement was called. Martin said the robot-call system could not be used because administrators were not allowed to enter the building or the office to operate it.

Martin said the robot-call went out after the building was cleared to alert parents that students were back in class and testing would be postponed a day.

As part of the investigation, Brookhaven Police Sgt. Jonathan Alford piloted the department’s newly-purchased drone over the buildings on campus and the MHP canine sniffed through the school.

Police Chief Kenneth Collins said officers searched the schools Monday night after an apparent threat, but did not find anything then either.

The high school gymnasium was also a polling place from 7 a.m. until 7 p.m. for the Brookhaven School District’s special bond election. Lincoln County Circuit Clerk Dustin Bairfield said the bomb threat did not cause a disruption in the voting process.

MHP and Brookhaven police cleared the high school and students returned to class about 9:30 a.m.

Martin said safety policies were followed correctly Tuesday. While students were evacuated to the football field this time, that’s not always the case. The location varies as a safety protocol, he said.

No suspect in the threat has been identified. If convicted, the suspect could face up to a year in jail for a misdemeanor or more if it’s a felony conviction. A new law that takes effect July 1 will make threats a felony punishable by up to 10 years in prison.

Bomb threats are not uncommon at schools across the state. A teenager was arrested after he allegedly called in a bomb threat to Raymond High School in April. The phone call was allegedly traced back to his phone. A few days before that, students evacuated Newton High School after a bomb threat was called in.