Cougars crush NCA 12-3 in game one 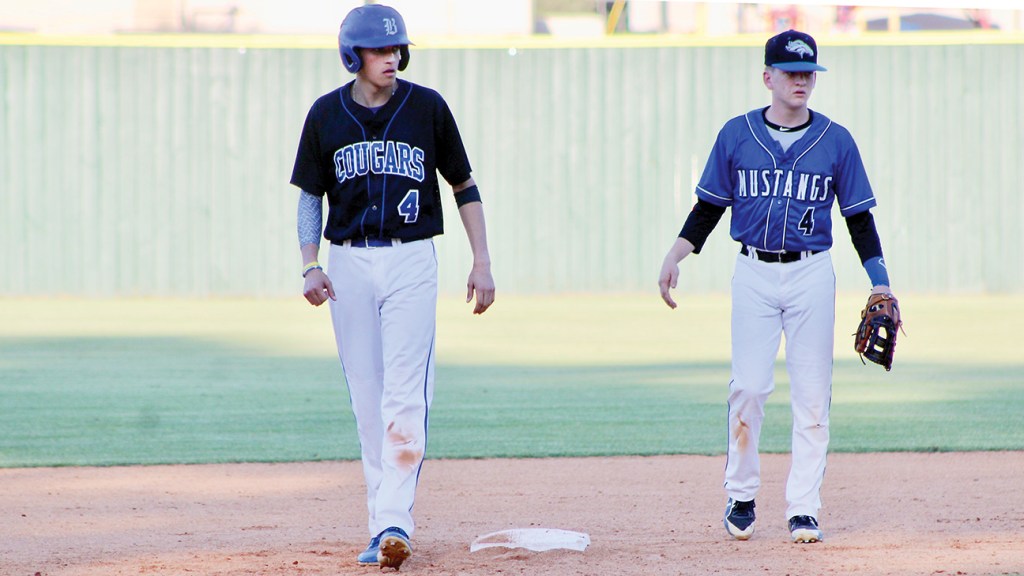 Photo by Cliff Furr Brookhaven Academy senior Cade Brown had a pair of hits for the Cougars Tuesday in their 12-3 win over Newton County Academy. Brown also scored two runs and drove in two runs. BA used a seven-run fifth inning to take control in game one of the MAIS AA South State series.

The Brookhaven Academy Cougars (18-9) kept their postseason record perfect Tuesday with a 12-3 win over Newton County Academy in Decatur. The game one win of the MAIS AA south state series was the ninth-straight victory for BA.

The Cougars got another strong pitching performance from Dawson Flowers. The senior threw 80 pitches and struck out three in 4.2 innings of work. Flowers gave up two hits and two earned runs while walking four. Junior Brady Spring pitched the final 2.1 innings for the Cougars and struck out four without allowing a hit or issuing a walk.

The game was tight until the middle innings. BA led 4-3 after four complete and broke things open with a seven-run fifth inning.

Leadoff batter Cade Brown drew a walk and then ended up on third to start the first after Flowers singled and Spring walked. Brown scored on a Caston Thompson RBI groundout. Another groundout —this one by Nick Ogden — scored Flowers to put BA up 2-0.

Flowers scored again in the top of the third on a wild pitch after initially reaching on a single.

NCA junior pitcher Kemp Alderman is an Ole Miss commit known for having heat on his fastball that sets up his changeup. Tuesday, Alderman struck out six, but walked six as well. The Cougars touched him for five runs (four earned) off three pitches. Alderman went 4.1 innings and threw 102 pitches before giving way to three different relievers.

The Generals got a pair of runs in the third after Flowers began the inning with a hit batter and then issued two walks to load the bases.

Keegan Smith drew a walk to start the BA half of the fourth and later scored on a single by Brown. NCA came back in their half to score a run to pull within 4-3. The home team manufactured the run by getting a runner into scoring position following a wild pitch and passed ball. Flowers settled in after that to get two strikeouts and a groundout to end the inning.

BA began its big fifth inning with a pair of runs that came off an error and then a wild pitch.  Collin Waldrop then roped a single to left that scored Judson Griffin to put BA up 7-3. The hits kept coming as the Cougars got consecutive RBI singles from Brown, Flowers and Spring. The final run of the frame came when courtesy runner Michael Watts scored on a balk.

The final run of the night for the Cougars came in the sixth when Watts scored on a wild pitch.

As a pitching staff the Gens walked eight, hit two batters, had one balk and threw seven wild pitches. BA had two errors and NCA had four.

Flowers finished with three hits while Brown and Waldrop had two apiece.