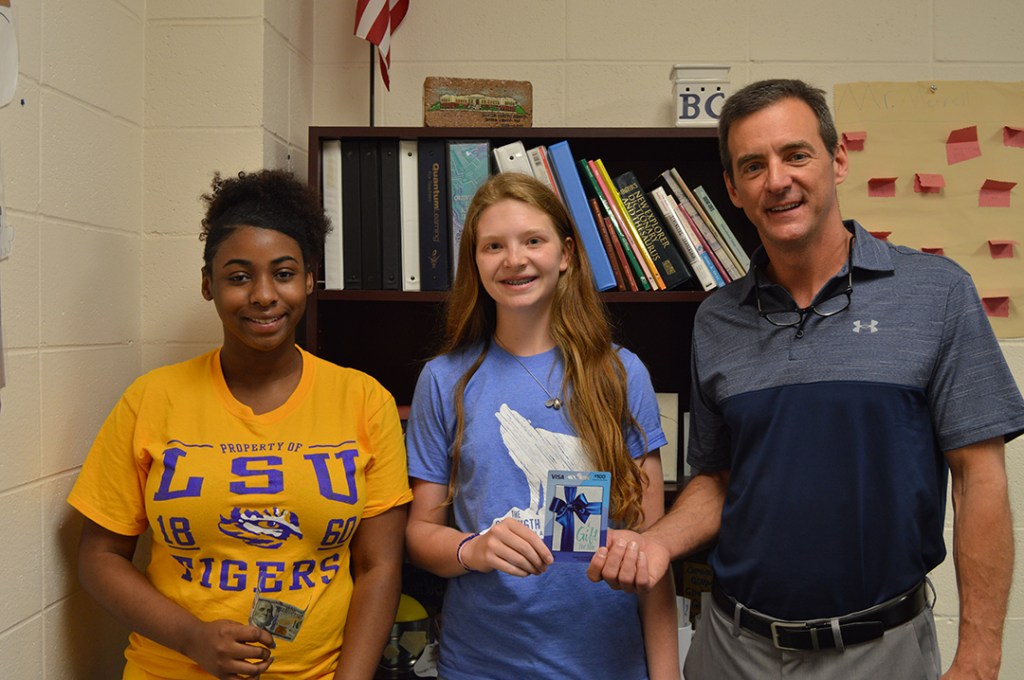 In February, area high school juniors took the ACT, a standardized test used for college admissions. Two students at Bogue Chitto who took the ACT in February increased their subscores after completing the Jumpstart Test Prep modules provided by their school and were awarded for the school’s highest improvement in math and English.

Deanna Edwards’ subscore in math increased by 5 points after her last test attempt. She went from an 18 to a 23.
“I want to at least get a 25,” Edwards said. “I’ve already signed up for dual enrollment classes.”

Camryn White’s subscore in English increased by seven points after her last test attempt. She went from a 24 to a 31.

“I was confident after I reviewed it that it could be beneficial to the students if it was implemented properly,” said Principal Scott Merrell said about Jumpstart.

Overall, the students who completed the Jumpstart Test Prep increased their subscores in math and English by an average of 2.93 points.

Thirty-seven percent of students saw their math subscores improve at an average rate of 2.5 points.

“I think that Sha (Walker) and his team has done a really good job of putting together a comprehensive review. As far as I’m concerned, I could see if it were implemented correctly, it couldn’t do anything but help our students,” said Merrell.

Jumpstart ACT is a program available to schools and individuals. When completed in schools, students watch video modules and follow along in booklets while answering questions.

Teachers implement the program and lead the students through the modules at their pace, checking for understanding of the material along the way.

“We believe that we’re seeing the improvement that we are because there’s no way to do your best on the ACT without a complete review of the content that’s going to be tested. Most of that content you learned was in earlier grades. You can’t possibly perform your best unless you go back and review that,” said co-founder Sha Walker.

The program was developed by McClendon, a local educator who currently teaches at the Mississippi School of the Arts. McClendon has taught at Copiah-Lincoln Community College, Brookhaven High School and West Lincoln Attendance Center.

McClendon has more than 56 years of teaching experience in the areas of science and math.