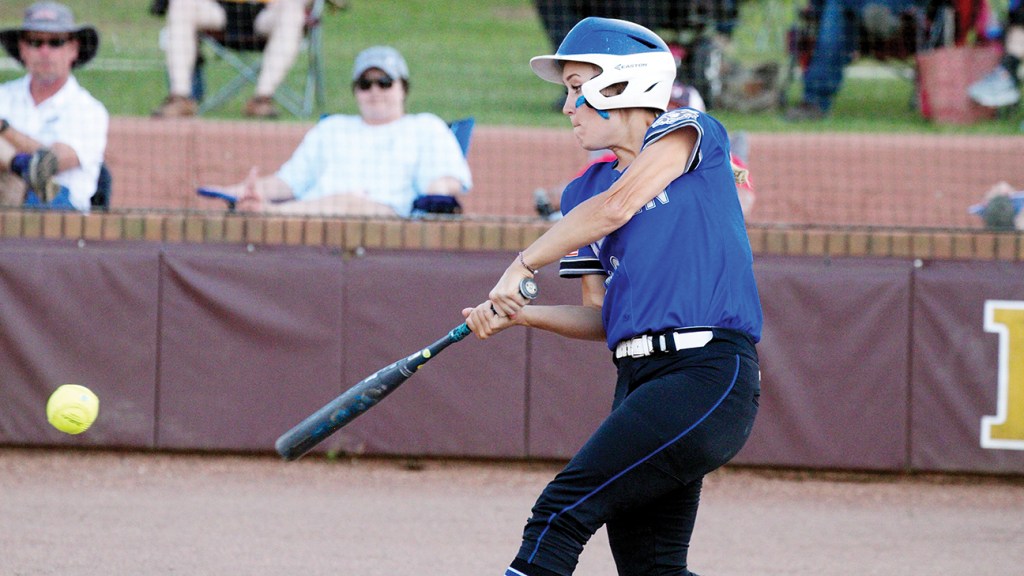 The Lady Wolves of Copiah-Lincoln Community College could not get the bats rolling in Poplarville in the opening round of the NJCAA Region XXIII tournament as they fell to ICC, 7-0. Co-Lin dropped to the losers bracket and faced Pearl River Thursday in an elimination game.

The Lady Wolves threatened early in the contest as Hannah Walls drew an early walk followed by Julie Scheuermann reaching on catcher’s interference. Tori Pettit moved the pair of runners over on a single to load the bags with just one out, but ICC escaped the jam with a strikeout and a groundout.

Itawamba led off the bottom of the second with Macy Cox drawing a walk. She was quickly moved around to third on a fielder’s choice groundout and a single. Joanna Vasquez laid down a bunt for the Indians and an errant throw plated Cox putting ICC up 1-0. Back-to-back flyouts got Co-Lin out of frame.

The Lady Wolves went down in order in the top of the third before ICC plated a pair of runs on a ground out and an error after a leadoff double from Rachel Sternisha. The two runs in the bottom of the third grew ICC’s lead to 3-0.

After an uneventful fourth, the Indians added four in the fifth. The runs came on a sac fly, a squeeze bunt that plated two, and an RBI groundout. The big frame pushed the ICC lead to 7-0 going into the top of the sixth.

Katelyn Hayman led things off for Co-Lin in the top of the sixth with a hard-hit single. Marley Poole followed with a groundball and reached on an error, but unfortunately, neither runner crossed the plate as a flyout and an excellent diving stop and throw from ICC’s Summer Cryder cut the inning short.

Itawamba led off the sixth with a single and got another aboard on an error. A sacrifice bunt moved the pair to second and third with one out. A base hit or sac fly would have ended the contest with an 8-0 run-rule victory, but Kaytlon Ward fanned an ICC batter and forced a groundball to get out of the inning down 7-0.

The Lady Wolves were unable to plate any runs in the top of the seventh which ended the game.

Mackenzie Gros took the loss for Co-Lin in the circle. She went two and a third innings, allowing three runs on four hits and walking one.

Pettit and Hayman led the Lady Wolves at the plate with one hit each.