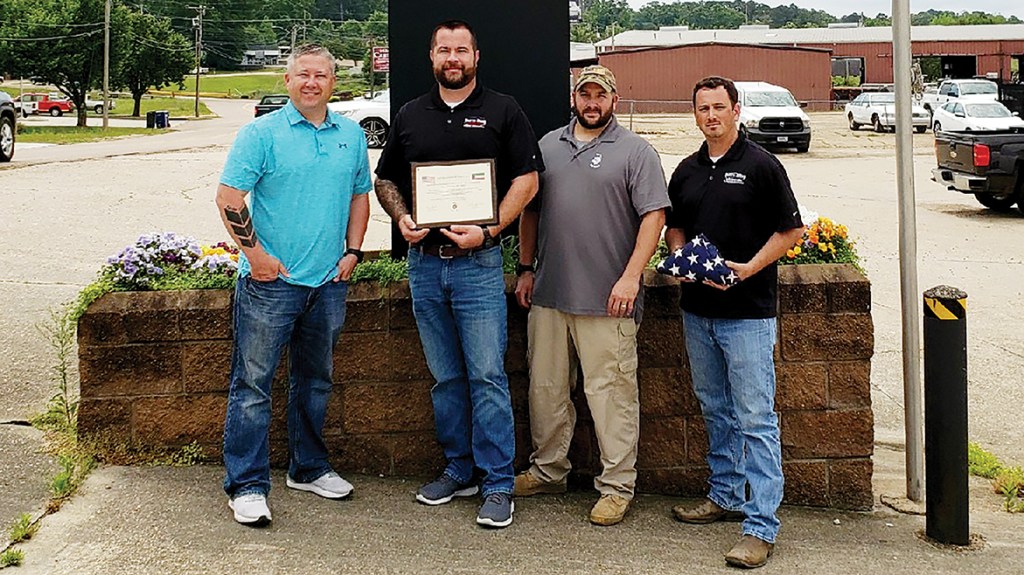 Veterans helping veterans is the focus of a nonprofit founded by former members of the Mississippi National Guard.

The 5th Squad is a 501(c)(3) organization founded by Lee Stringer, Michael Collins, Zachary Morehead and Adam Austin in 2016. The four served together as part of the 184th Expeditionary Sustainment Command.

The original purpose of the squad was to keep a sense of camaraderie after the members were either transferred or discharged from the military. They realized they wanted to serve other veterans, and so the purpose changed.

5th Squad gives assistance to Mississippi veterans, such as filling gaps for the Veterans Association and other organizations.

Griffin is a deputy with the Lincoln County Sheriff’s Office.

There are currently 12 members of 5th Squad, and most of them have been deployed in the past year with the Mississippi National Guard.

Stringer is currently serving in the Army National Guard and has done so for more than 18 years.

“You develop bonds and friendships in the military,” Stringer said. “We started it for the camaraderie and the brotherhood, but we wanted to do something more.”

5th Squad is based in Brookhaven, but the organization has members all over the state.

“You have that connection you can’t get anywhere else,” Stringer said.

The organization has started and sponsored two charities, Ruck for Rugrats and Box 22.

Ruck for Rugrats was started in 2015. The organization collects toys from November to December to donate to Blair E. Batson Children’s Hospital.

Once the toys are collected, they are put into ruck sacks that the members march with. A five-mile ruck march is completed, starting on Lakeland Drive in Flowood up to the hospital in Jackson.

“We want to be able to give back to the kids and show them love,” Stringer said.

The most recent effort started by 5th Squad is Ruck to Remember, a five-mile march.

The significance of it is the members wear the names of the 76 native Mississippians who have been killed in action since 9/11. The ruck is in honor of them.

“It’s a good way to keep in touch with your friends,” Griffin said. “Reaching out to our fellow veterans, it just seems natural to veterans to take care of each other.”

5th Squad has partnered with the Mississippi Braves to raise money for veterans.

“We just try to get out to events to get our name out,” Griffin said. “The more support we get, the more help we can provide.”

To sponsor or donate to 5th Squad, go to www. 5thsquad.com.