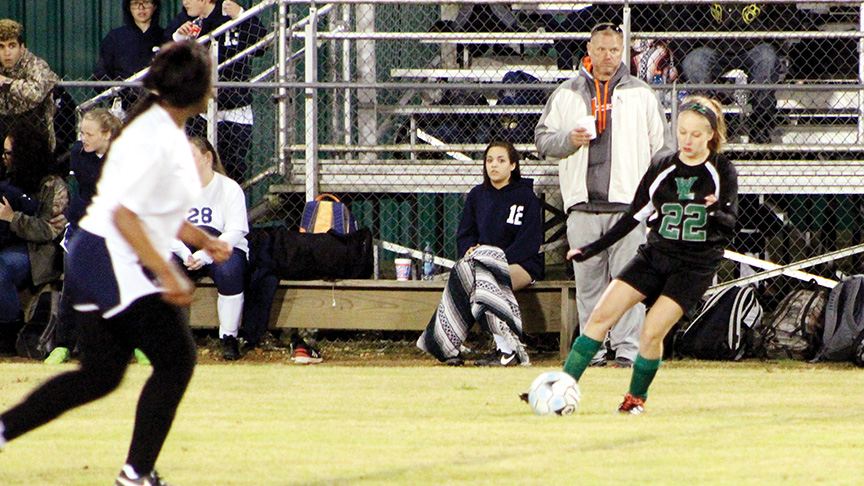 Photo by Cliff Furr Angelina Shows controls the ball against Bogue Chitto on soccer action on Nov. 27. Both West Lincoln and Bogue Chitto will be in their third year of fielding a soccer program in 2019.

After starting a soccer program two years ago, the West Lincoln administration has further solidified that commitment by recently hiring Briana Brumfield to coach the Lady Bears’ soccer team next season.

“We are excited about Coach Brumfield leading our soccer program,” said West Lincoln principal John Shows. “She is energetic and brings a strong soccer background with her.”

Brumfield is a 2014 graduate of Franklin County High School and played soccer there for coach Jeff Long. She played one year at Copiah-Lincoln CC before moving on to become a student at Mississippi State. She graduated from MSU in 2018 with a bachelor’s degree in interdisciplinary studies with a concentration in education and history. She’ll finish a master’s program from Delta State next month with a degree in elementary education. She’s also planning to start another master’s program in the fall through Mississippi State studying special education.

Brumfield was able to pick her team for next season by leading a tryout at the school shortly after being hired. She likes what she sees so far from her young team.

“We’ll only have two seniors and one junior on our team,” said Brumfield. “I’m really excited about our sophomore and freshman classes as both groups are loaded with talent and will be the heart and soul of the team for the next few years.”

Loyd Star has the longest running soccer program in the county school system with the team first being led by paraprofessionals Stuart Sellers and now Dale Brister. Bogue Chitto began a program two years ago and it is led by Shane Nippe. Brumfield will teach K-3 resource/tutorial for special education. She’ll also serve as assistant for the boys’ team and fastpitch softball assistant coach.

Brumfield worked as an assistant this past season at West Feliciana High in St. Francisville, Louisiana. One of her goals for her new team is for them to improve time of possession as they grow in skill and technique.

“Our main focus in the practice we have this summer is to transition from a through-ball mindset (kicking the ball through the defense as hard and far as possible) into more of a possession-based mentality.”

Another goal is to get more equipment and a new set of uniforms. The previous set has worn with age and needs to be replaced.

Towards that end, the Lady Bears are hosting a soccer fundamental camp June 3-5 from 9 a.m.  until 11:30 a.m. each day. The camp is for boys and girls from age 5-12 and is open to all area children, regardless of where they attend school. The cost is $40, and forms can be picked up and dropped off at the school until Friday. After that campers can still register by reaching Brumfield via email at brumfield18@ymail.com. There will also be day of registration available.

“Being such a young program, there are needs we have in areas of equipment and uniforms,” said Brumfield. “This is a way for us to fundraise and help younger players grow their game. We’ve got all the camp info posted on our Facebook page (West Lincoln Soccer) as well.”

“I’m excited to be in such a good school system,” said Brumfield. “West Lincoln has been so welcoming, and the administration has been very supportive of building up the soccer program.” 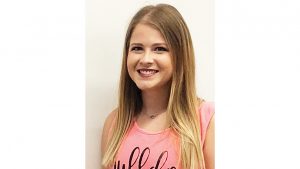