Co-Lin Colettes under new direction for 2019 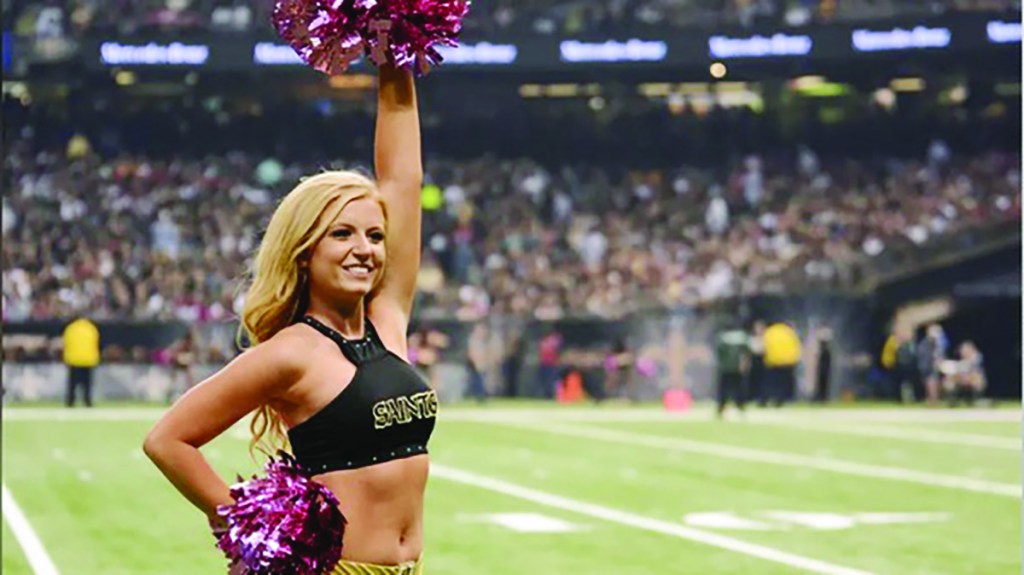 Photo by Matthew Sharpe/New Orleans Saints Former Saintsation Shelbie Nettles has been named director of the Colettes at Copiah-Lincoln Community College. The Colettes will host a tryout June 6 at 1:30 p.m.

Shelbie Nettles brings experience and excitement to the Copiah-Lincoln Community College Blue Wave Show Band staff in 2019 as the new Colette director. Nettles, an Ellisville native, brings over 20 years of dance experience and nearly five years of coaching experience to the Colettes.

She started her dancing career at the Dance Arts Studio in Ellisville where she honed her skills in variety of styles including jazz, ballet, modern, contemporary, lyrical, tap and hip-hop. She was named captain of the Bravettes Dance Team at South Jones High School before continuing her education at Jones County Junior College, where she was the captain of the Touch of Gold and Gold Rush dance teams. Nettles continued her dancing career after JCJC with the New Orleans Saintsations from 2015 to 2016.

After her stint with the Saintsations, Nettles pursued her degree in English from the University of Southern Mississippi. Currently, she works at Enterprise Attendance Center as a secondary English teacher.

“I am so excited for this opportunity to work with the Colettes, and cannot wait to get started,” said Nettles.

The Colettes will have an additional tryout June 6 at 1:30 p.m. in the Fine Arts Building on Co-Lin’s Wesson campus. There will also be a clinic prior to tryouts from 9 a.m. to noon. For more information, contact Juanita Proffitt, Co-Lin’s Fine Arts Division chair/director of Bands, at 601-643-8383.