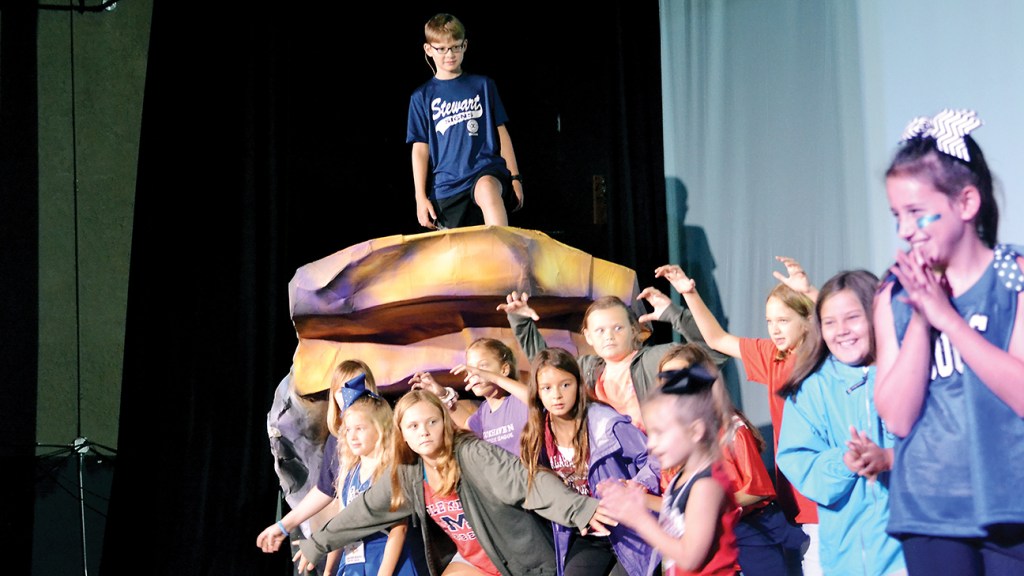 Photo by Gracie Byrne BLTeens campers performed “The Lion King Kids” as their featured show this past summer.

Though young actors will soon be preparing to deliver a French-theme classic at The Haven, the upcoming midsummer play from Brookhaven Little Theatre should be anything but miserable.

In the BLTeens Summer Workshop, students ranging from seventh to 12th grade will be working for four weeks to produce the school version of “Les Misérables.” The camp will begin Saturday, with doors opening at the Haven at 126 Cherokee St. at 9 a.m. and auditions beginning at 10 a.m.

“I expect a lot of growth from many of the teens,” BLT Executive Director Emily Waterloo said. “It will give them the opportunity to work under a true Broadway professional.”

The production of “Les Misérables” will be led by guest director Randy Redd. Redd, a Brookhaven native, is an experienced Broadway performer. He has worked in television and film, and has won several awards.

“I also expect to see a lot of fun; it will add depth to all of our member’s resumes and will give them a different type of show to perform,” Waterloo said.

The shows for “Les Misérables” will be June 27-30, with five show times available.

They will produce “Winnie the Pooh,” with showings July 25-26.

These students will learn the basics skills and techniques of acting, along with working on stage and being part of a cast, Waterloo said.

The students will be placed in their roles and will have two weeks to learn their parts before performing for family and friends.

The deadline to register is July 1 for BLT Haven Kids.

Students will arrive on the first day of camp and be placed in a counselor group. The camp will consist of a morning warm-up session followed by sessions of crafts, games and stage time.

Students in the ninth grade and up can volunteer to be camp counselors.  The deadline to sign up is July 1.

Waterloo is looking forward to the children and teens workshop.