Coach of the Year Parvin leaves BA as champion 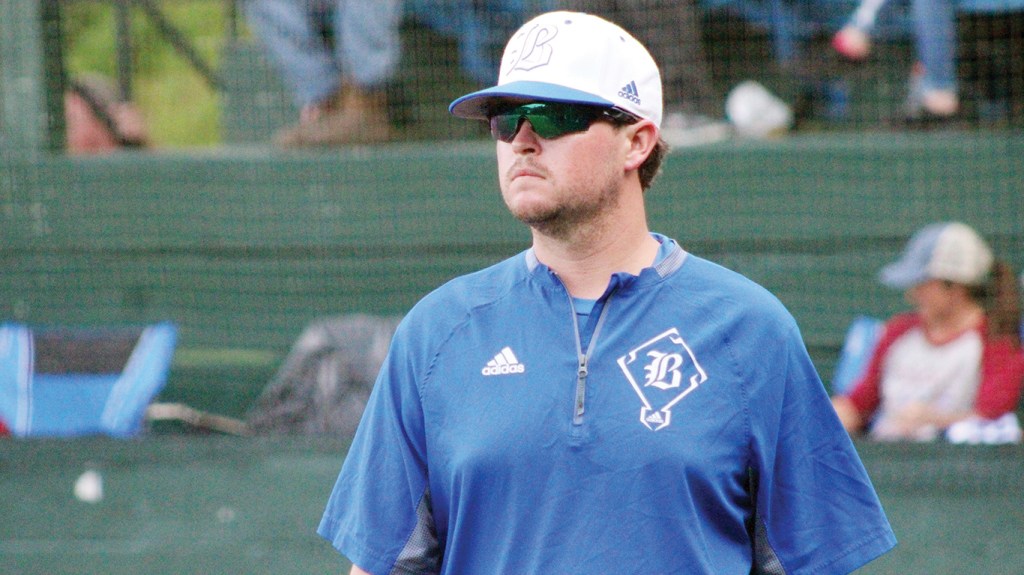 Daily Leader File Photo Brookhaven Academy head coach Tyler Parvin led the Cougars to a second consecutive MAIS AA state title in his final season at the school. Parvin is The Daily Leader All-Area Coach of the Year after coaching the Cougars to a sweep of Tri-County Academy in the title series.

Tyler Parvin is a pretty even-keeled dude. He tries to not get too high or too low in coaching and life. The same goes for his expectations of his team. He doesn’t want to talk his team up too much, but at the same time he doesn’t want to poor-mouth. Parvin didn’t swing to one extreme or the other when talking about the 2019 edition of his Brookhaven Academy Cougars prior to the season. Part of that was his personality, but part was also honestly not knowing what type of team he’d trot out when the season began. What Parvin fielded was a team of champions as the Cougars won the MAIS AA state championship for a second consecutive year. For his leadership Parvin has been named The Daily Leader All-Area Coach of the Year.

Senior leader Dawson Flowers was back as was a core trio of juniors Tanner Watts, Brady Spring and Nick Ogden from the 2018 title team. What he had other than that, Parvin really wasn’t sure. With Brookhaven Academy basketball playing deep into the postseason and winning another state title, Parvin didn’t get Flowers on the field until after the season had started.

Most of his preparation early in the semester was done with four players. He’d heard that Cade Brown and Keegan Smtih would join the team after not playing for a number of years, but who could know how effective they’d be. He’d also heard that eighth grader Judson Griffin would be a capable hand after transferring in from West Lincoln. Griffin played junior high basketball though and Parvin didn’t see him pick up a baseball until a scrimmage game on the eve of the season. He thought freshman Caston Thompson and sophomore Collin Waldrop would be part of the puzzle, but they’d not been battle tested yet.

Parvin pressed all the right buttons as the Cougars (21-9) picked momentum like a boulder tossed from a mountain peak. BA won 12 games in a row and marched to their second straight state championship like a team of destiny. Parvin was assisted by Randy Spring, Jose Acosta, and Jeffrey Waycaster.

Jackson Academy came calling late in the season. They were looking for a new pitching coach for the 2020 season. The offer from the Raiders was too strong and Parvin will soon move to Jackson. He won’t teach at JA, he’ll be part of a group of coaches that maintain the athletic facilities. Still, the decision wasn’t easy. As a player and coach, he’s won three titles at Williams-Gillis Ballpark.

The house in Brookhaven is being sold and a house in the Jackson Metro has been found. The moving process will take place in a couple weeks and Parvin and his wife K.T. will be Brookhavenites no more, but for the both of them and the parents, coaches, and players of Brookhaven Academy — the 2019 season will be one that will never be forgotten.