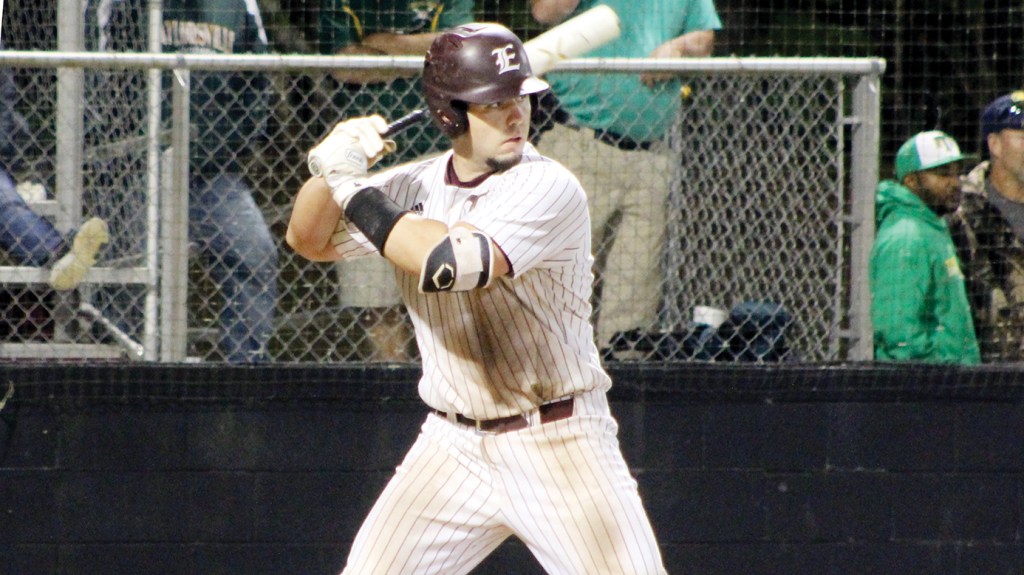 It feels like Hunter Richardson has been a full-grown man since he was a little boy. As a senior the Enterprise slugger did what he’s been doing for years — hit the ball hard. For his power at the plate Richardson has been named The Daily Leader All-Area Most Valuable Offensive Player.

A senior catcher, Richardson hit a team high .525 average. He drove in 27 RBIs and scored 15 runs. Enterprise coach Cass Brister often put Richardson as a leadoff batter, knowing that anywhere lower in the lineup and teams would pitch around him. Richardson smacked four doubles, one triple and 12 home runs.

There is no telling what Richardson’s home run total would be if he played home games in a smaller ballpark. The outfield at Enterprise wide enough to graze at least 40 head of cattle on. Even still, when Richardson stepped to the plate the opposing outfielders found themselves in the deepest parts of the park.

Blessed with a keen eye, Richardson only struck out six times while drawing 26 walks. He led the team in batting average as a junior, freshman and eighth grader. It was in eighth grade when he burst onto the scene by drawing an invitation to compete in the Power Showcase Event in Arlington, Texas. The home run derby was a spotlight for the best, young power hitters in the country. The Lincoln Countian showed out with 18 dingers including a 424-foot bomb that was the longest in the history of the event. Let me repeat, he was an eighth grader.

Richardson signed with Jones College prior to the season and Brister said the Bobcats wanted to see their signee play catcher this season. As a catcher he was rock-solid defensively as he used his size and athleticism to block up balls easily. His fielding percentage was .962 for the season.

He’s not the only strong bat in his family, his younger sister Abby Grace was named All-Area last week for BA.

An area coach best summed up what Richardson has meant to Enterprise when he was marveling at a moon-shot hit against his team this season. “Man, I’m glad that kid is graduating,” said the coach. “It feels like he’s been hitting home runs off us for a decade now.”