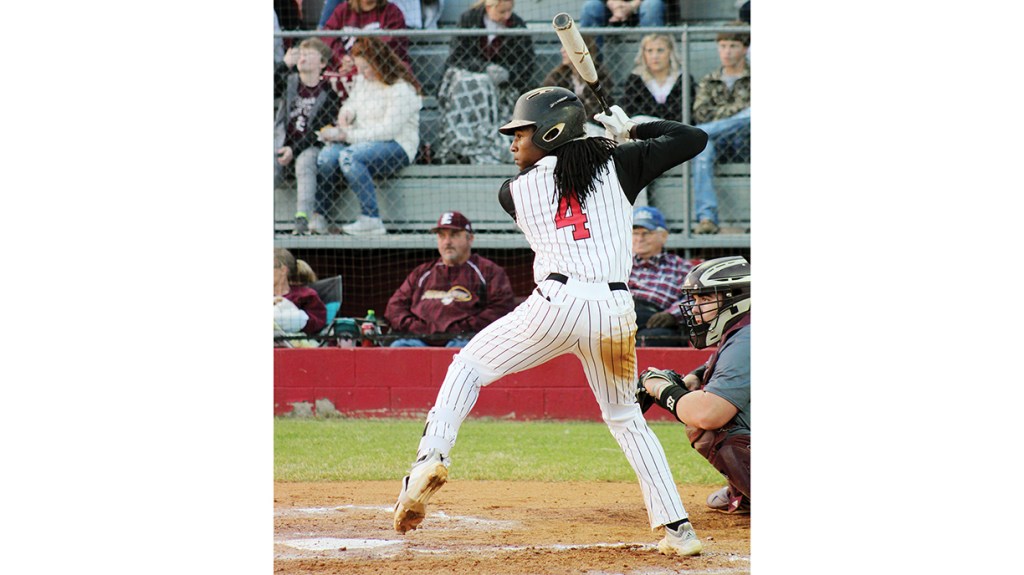 Daily Leader file photo Loyd Star alum James Beard is headed to the Chicago White Sox after being a fourth round selection of the club on Tuesday in the Major League Baseball Draft.

James Beard is going from Northwest Lincoln County to the South Side of Chicago after hearing his name called Tuesday in the Major League Baseball amateur draft. The Loyd Star alum was the 110th played selected and a fourth-round selection of the Chicago White Sox.

“It’s a mix of happiness and relief,” said Beard. “Relief in knowing that all of my hard work had finally paid off.”

Beard jumped on to the radars of many MLB teams after a strong showing that began this time last year on the summer camp circuit. At every event Beard competed in he was timed as the fastest player there. When the scouts showed up in masses during the season, they saw that Beard has a bat that shows potential of being just more than just adequate as he seeks to climb the ladder towards the big show.

This season Beard showed off a more muscular physique that helped him hit .429 with 30 RBIs and 10 home runs for the Hornets. He also stole 26 bases while playing center field.

Beard wasn’t shocked to hear that the White Sox had selected him. The team is one that had been keeping especially close tabs on him during his senior season. The Chi Sox have farm teams rich with talent and are rated as having one of the five strongest minor league systems in the MLB. In 2013 they selected Tim Anderson out of East Central CC in Decatur with the 17th pick. Anderson is putting up big numbers this season and is a likely all-star selection.

“James has worked really hard this past year to improve himself and his baseball talent,” said Loyd Star baseball coach Jared Britt. “I’m so happy for him and proud to see him continuing to grow at the next level.”

Beard is the son of James Sr. and Tara. His two older brothers Javion and Tarion are also Loyd Star alums. His oldest brother Marquis Hayes was a standout football player at Loyd Star, Copiah-Lincoln C.C., and Southeastern Louisiana as a wide receiver. As a 10th grader James Jr. was the leadoff hitter for a Loyd Star team that won the MHSAA 2A state championship for Britt.

Beard also caught 27 passes for 719 yards and 10 touchdowns as a sophomore wide receiver for the Hornets. He loved football but didn’t want an injury to derail his baseball opportunities. He gave up the pigskin to put all his focus and work into being a professional baseball player one day.

On Tuesday that mission was accomplished.

“I’ve wanted to give the people and kids at Loyd Star someone they can look up to,” said Beard. “I’d like to thank my parents for their support and coaches Dedrick Clark and Jonathan Breakfield for their help along the way. I’d also like to thank my grandfather Julius Smith for his support.”