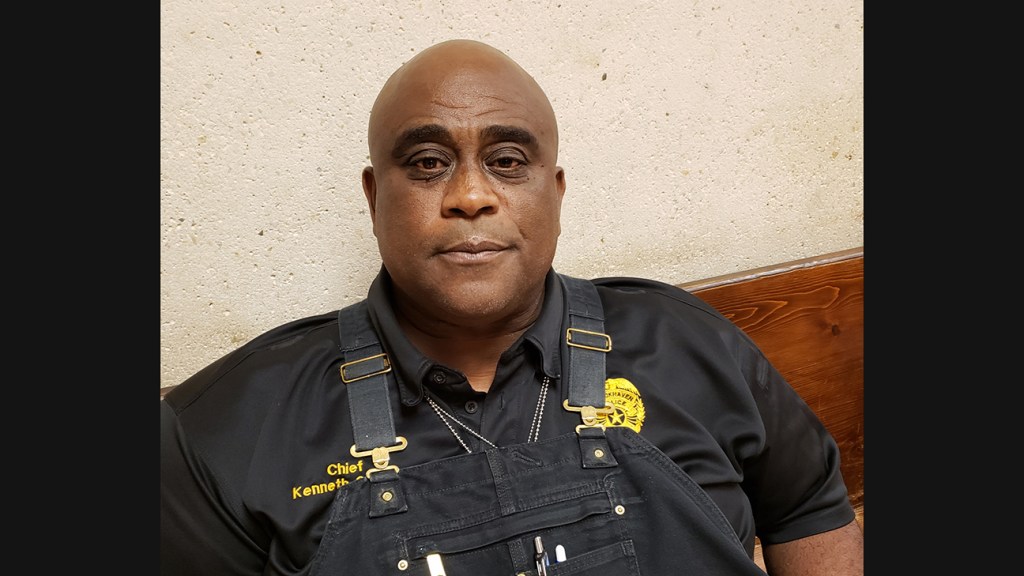 The body of 22-year-old Vincent Garry was discovered at 933 Crooked Lane Sunday afternoon. Investigators are waiting on an autopsy report from the state crime lab to determine a cause of death. Garry had suffered blunt force trauma to his head, but it’s not known if the wound was made by a firearm or another weapon, Chief Kenneth Collins said.

“We’ve been working night and day running down every lead,” he said.

Collins told The Daily Leader someone driving by saw the body on the north side of the driveway of the vacant auction house just before 1 p.m. Sunday. Garry’s car was found abandoned a few blocks away on Ozark Lane.

Collins said Garry may not have been killed on Crooked Lane where he was found.

Garry’s is the second body to be dumped around that spot, Collins told aldermen Tuesday night. In January, 2015, a mail carrier turning around in the lot, found the strangled body of 46-year-old Kimberly Brown Jones of Monticello there. Police said at the time she was not likely killed there. Her live-in boyfriend was charged in her death but was not indicted by a Lincoln County grand jury. The case remains unsolved.

“It’s almost impossible to dictate when someone’s going to do something crazy. That’s any city that you go to,” Collins said.

The chief said Brookhaven has good infrastructure — fire department, schools, police department — “and that’s what brings people to Brookhaven. We have a good town, regardless of what people say, the town is a whole lot safer.”

Collins wants to improve the department’s technology, adding a transformer surveillance camera and other security cameras in certain areas now “so hopefully we can catch them on camera doing stuff.”

Officers try to stay ahead of the lawbreakers.

“No matter how much riding you do, somebody can wait and say, ‘Alright, now I can commit a crime, I don’t see them,’” he said. “We can sit at a stop sign all day long and nobody runs that stop sign ‘cause in about three minutes they know where you’re at. Roadblocks. Every 10 minutes we have to move them. Technology is so that the minute you do something they already know about it. We’re always trying to stay a step ahead.”

Collins said his department is nearly fully staffed, but he would like to add more officers.

“Friday and Saturday, Brookway can’t hold all the traffic, all the people coming into our town and our businesses, and we have to try to give them the best protection that we can,” he said.

Mayor Joe Cox said the Mississippi Department of Transportation recently reported traffic for Brookway Boulevard on a Wednesday is 27,000 vehicles.

“No matter what you do, you’re not going to please everybody,” Collins said. “Somebody’s going to have something bad to say. But if we don’t work together to keep our town safe, even if we disagree with each other, we’ve got to work together. I love Brookhaven and I think y’all do, too. We just have to stick together. This is our town when it’s all said and done and it’s a pretty good town.”

He said he tries to educate people through the department’s social media and Neighborhood Watch programs to keep their cars and houses secure and to say something when they see something.

“Brookhaven is not small anymore, and you’ve got young kids, they start out at the alternative school, they don’t mind their parents, they don’t do what the school says, and they’re your next criminals. We lock the same ones up all the time,” he said.

He said they’re usually released soon after because of their age with just a slap on the wrist.

“They’re out again the next night breaking into somebody’s car. We make it easy for them, because we leave stuff in our cars. We leave car doors unlocked. We leave keys to the house in the car on the key chain,” he said. “These kids are walking around here — along with these drug heads — all night long, plundering all night.”

He laid out some basic rules for homeowners.

“Don’t open your door. Don’t leave your lawn mower on the carport. Don’t leave your Weedeater laying out. When you get out of your car, look and see who is around your door when you get out,” he said. “If somebody’s strange in your neighborhood, call somebody. I don’t care if they’re black or white. Criminals come in all colors. If they’re not normally in that neighborhood, somebody needs to call and let us know. At least we can get the information because if there is a break-in, at least we’ve got a starting point. If you can afford cameras, put some up.”

Collins urges callers and visitors to the station to be patient, and to be kind to the dispatchers who try to help them.

“Sometime when we get overwhelmed we have to take calls by priority,” he said.