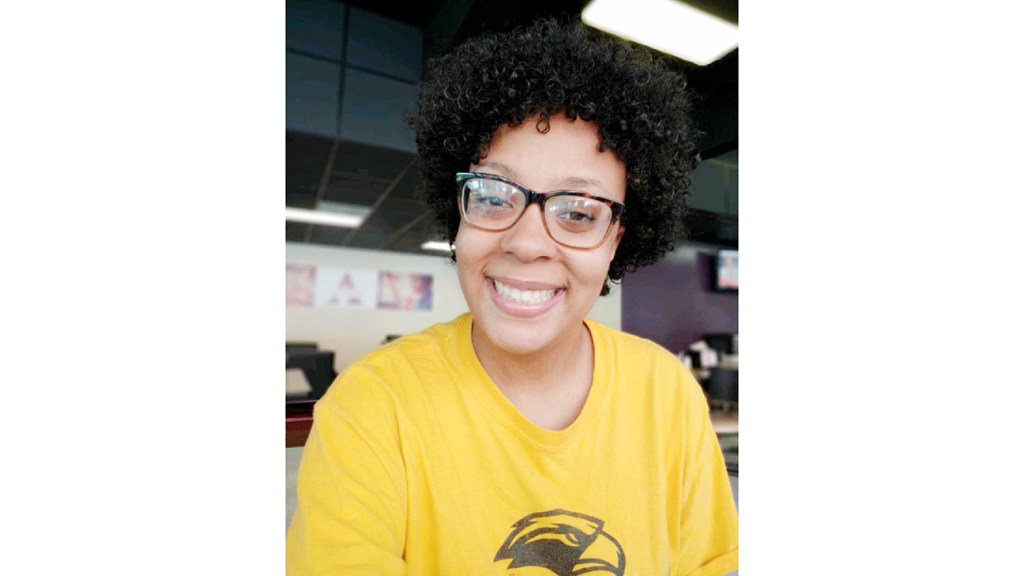 Anne Renee’ Shannon is just a girl who loves food and helping others.

Shannon, 21, was born in Chicago, Illinois, but has lived in Brookhaven for most of her life. She is the daughter of Joanne Shannon and she has one brother — her twin, John.

She is a 2015 graduate of Brookhaven High School, where she was active in band and color guard.

Shannon majored in biology at Copiah-Lincoln Community College and was a member of the Blue Wave Show Band.

Co-Lin diploma in hand, Shannon transferred to Alcorn State University. She is a senior majoring in biology there.

Shannon has worked at Wendy’s for the past two years as a cashier and sandwich maker.

When she isn’t studying, she attends church at Kynett Pilgrim United Methodist, where she serves as a praise dancer and liturgist.

She loves nothing more than sleeping and eating, and her favorite show to watch is “SpongeBob Square-Pants” because it’s hilarious and always cheers her up, she said.

She loves all sorts of food, but anything seafood is her favorite.

“I don’t care who’s making it as long as they know what they’re doing,” Shannon said.

Shannon says her best quality is her niceness, because she believes everyone always needs a nice person around.

In five years, she sees herself living in Florida and working as a surgical assistant. Her life’s biggest goal is to marry and be able to help others.