Regarding James Beard: In praise of the quiet one 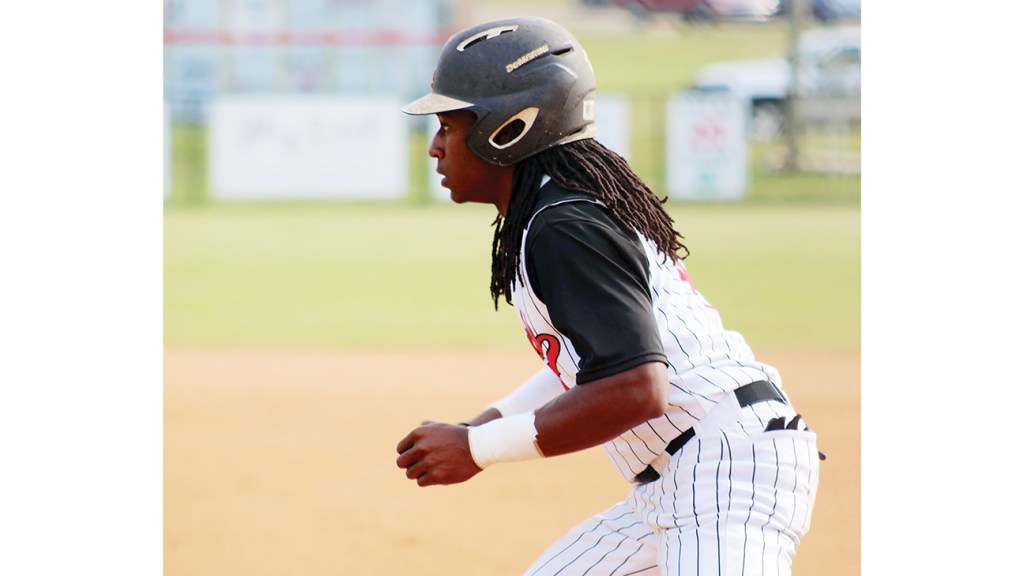 Photo by Katie Furr Loyd Star alum James Beard reports to Arizona today for rookie ball with the Chicago White Sox. Beard was the 110th player picked of the 1,217 players selected this week during the Major League Baseball draft.

I once knew a young man who played basketball on a team that I was the assistant coach for. He wasn’t a great player but had a friendly personality and was very well liked by all of his teammates. He was also a world class self-promoter. If he scored two points and grabbed three rebounds he would light up social media with what he’d done — regardless if the team won or lost. He also frequently referred to himself as humble.

The message I would try to get through to him is this — it’s impossible to be humble and claim yourself to be humble at the same time. The Bible says the meek will inherit the earth and that goes against our human nature. We want to be recognized for our accomplishments large and small. I’m not throwing stones from a glass house here, when I sweep the kitchen floor or take out the trash I want some type of monument built in my honor.

That’s why Loyd Star alum James Beard and his journey to Major League Baseball is such a refreshing change of pace — a quiet, humble kid that has worked his tail off to reach his ultimate goal.

He lets his play do the talking

If you’ve been living under a rock then maybe you haven’t heard, but Beard was drafted this week by the Chicago White Sox. He was the 110th player selected overall and was the first Mississippi high school player to hear his name called.

What drew teams to Beard was his speed. His time in the 60-yard dash placed him as the fastest high school baseball player in the nation. His work ethic had him adding muscle to his frame and bat ahead of his senior season.

He has elite speed, strength and quickness aplenty, but he’s quiet. He doesn’t really do anything to draw attention to himself, other than play the game very well.

If I had 1/100th of the talent that Beard has I’d be the cockiest son of a gun you ever ran across. Beard ran the 60-yard dash in 6.14 seconds. Former Olympian Carl Lewis was long considered the greatest 60-yard sprinter in the world and his best time was 6:02 seconds.

Fast as Carl Lewis, Deon Sanders, Ricky Henderson and Billy Hamilton? I’d have a personalized tag on my car that said “ZOOM.” I’d have shirts, hats and posters printed touting how fast I was. I’d be the opposite of the soft-spoken Beard.

He found his own path

As the youngest of four boys, Beard had lots of athletic role models to look up to. His oldest brother Marquis Hayes was a speedster in his own right. Hayes played wide receiver at Copiah-Lincoln CC and Southeastern Louisiana. When Co-Lin beat Gulf Coast in the MACJC state championship in 2012, it was Hayes who made the game-winning touchdown catch.

James was a talent as a wide receiver and caught 10 touchdown passes in his last season of football as a sophomore, but where Marquis has a stocky build, James was long and skinny as a sophomore and felt like football was taking too much of a physical toll.

Another brother, Javion Beard, averaged 20 points per game for coach Moochie Britt’s basketball team as a senior in 2015-2016. Javion had filled out to 6-foot-3, 185-pounds as a senior. The type of kid who looks like a basketball player as soon as they step foot off the bus, much bulkier than his younger brother who was a freshman at that time.

According to their mother Tara, the only Beard brother who didn’t play sports — Tavion — was always there to support his brothers every time they took the field or court.

Tara says it best when she sums up the family outlook on sports as, “We don’t make a whole bunch of fuss — for our kids it’s always been about the game. Just go play ball, do your best and have fun.”

Focusing on one sport in high school isn’t always the right choice for everybody, but it was the right choice for Beard. What Beard did was he took the word focus and applied it to his life as a verb. He used the extra time of the offseason to work on his game. Time in the cage and time on the field that translated to improvements in his development.

I was talking to a scout about Beard during an early season game at Smith Field. The scout was listing things that he liked about Beard and reasons that he had been following him so closely as he was the only MLB scout in attendance on that night.

“He’s not overexposed,” said the scout. “Some kids go to every showcase they can get invited to. They play on every elite team they can sign up for and their parents treat them like a billboard from the time they’re in junior high. This kid has somewhat flown under the radar. When he does go to a showcase he always makes a big impression,” he finished.

He’ll be in the big show one day

Beard reports to Arizona today for rookie ball. There he’ll be surrounded by coaches, teachers and instructors that will seek to refine his game in the nuances of the sport. They’ll teach him tips on how to take better lines to balls hit in the air and they’ll prepare him for tackling curve balls thrown by major league arms.

The road to the MLB isn’t an easy one. The minor league system is a grind and is filled with tons of talented players that are all working for that same goal — reaching the major league level one day.

He’s not going to end up in Chicago overnight. It’ll take him a while to get there, but that’s the next goal on his list and you’d be a fool to doubt him.

Beard isn’t the next Corey Dickerson or Nook Logan or Billy Hamilton. He’s the first James Beard Jr. and is someone that all of Southwest Mississippi should be proud of.