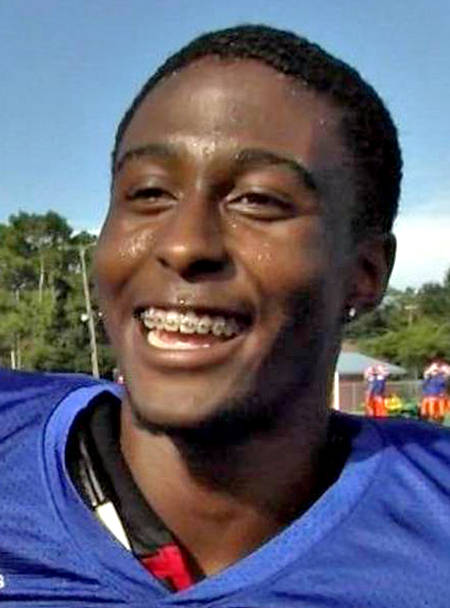 QUITMAN (AP) — One East Mississippi Community College football player was killed and two others injured in a car wreck in Clarke County.

The Mississippi Highway Patrol said a 2006 Toyota Avalon traveling on Interstate 59 left the highway near mile marker 132, about halfway between Meridian and Laurel. The car struck a tree and overturned just before 5 p.m. Wednesday. Police haven’t said what caused the wreck.

The driver, Z’Quavius “Zae” Crain was fatally injured when the vehicle rolled over.

Keon Moore and Jeremiah Braziel were injured in the crash and treated at University Medical Center in Jackson. A statement from East Mississippi Community College said the three were traveling home to Gulfport for the holiday weekend.

An EMCC spokesman said that Moore was released from the hospital on Thursday, and that Braziel’s surgery “went well and he is stable,” but he remained hospitalized.

The nature and extent of Braziel’s injuries were not released.

“The death of Zae Crain comes as an absolute blow to the EMCC family,” EMCC football head coach Buddy Stephens said in a statement. His death reminds us of how fragile life is and to not let a day go by without holding our loved ones near. Zae was a great student, a great athlete, and did everything with a smile on his face. We ask in the coming days that you keep Zae’s family in your thoughts and prayers. We also ask that you lift up Jeremiah Braziel and Keon Moore as they recover from this tragic day.”

Crain was an incoming freshman defensive back who played at Gulfport High School. Gulfport coach John Archie said Crain graduated in December and enrolled at EMCC in January.

Crain finished his senior season with 55 tackles and a pair of interceptions as he helped Gulfport win the Region 4-6A title.

“I’ve seen (Crain) grow tremendously,” Archie told the Sun Herald newspaper. “When I first got here, he wanted to get a scholarship so he can make a name for himself. He got a scholarship and he was starting his college education. That’s the type of worker he was.”

Braziel played in 12 games last season and had 17 total tackles and two sacks. Moore was second on the team with 531 rushing yards and five touchdowns.