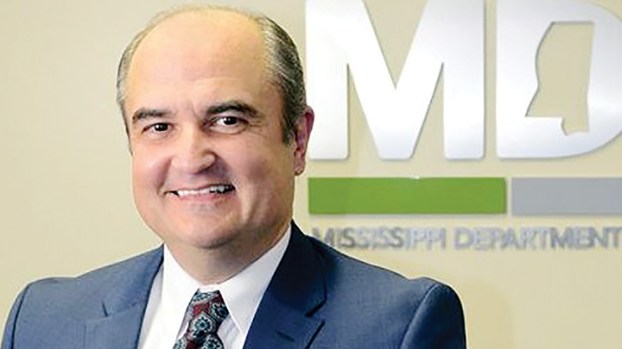 After nearly 30 years serving Mississippi’s children and families, a Brookhaven man is ready to step away from state government.

John Davis will retire at the end of the month from his position as executive director of the state Department of Human Services. Davis has served in his current role since Gov. Phil Bryant appointed him to the position in January 2016.

“It has been an honor to serve the wonderful people of Mississippi and specifically to work with such an amazing leader like Gov. Bryant,” Davis said. “I am looking forward to spending time with my family and pursuing a new career outside of state government to do even more for the great people of Mississippi.”

Before his appointment, Davis served as deputy administrator for programs, office director for the division of economic assistance and worked on the local, regional and state level including Lincoln County.

Gov. Kirk Fordice appointed Davis in 1998 to serve as director of the Lincoln County Department of Human Services. He stayed in that job until his appointment in 2005 to the position of director of state operations for the department of economic assistance.

Bryant praised Davis for his work as an advocate for Mississippi’s children.

“I appreciate John Davis’ 28 years of service to the Department of Human Services,” Bryant said. “John has dedicated his life to serving others and has been a tremendous advocate for Mississippi’s children and families. We will begin a search for a new executive director immediately.”

Davis has had many accomplishments and accolades from his years of service with MDHS. He was given the Award of Accuracy and Stewardship in the Food Stamp Program — ranked third in the nation and first in the Southeast region for payment accuracy in the Food Stamp Program, Quality Control Star Award from USDA Food and Nutrition Service for commitment of public trust, Food and Nutrition Service Excellence through Technology Award and many others.

Since his role as executive director, Davis has implemented mandatory work requirements for all Able-Bodied Adults without Dependents, partnered with MS Department of Employment Security to link participants to education, work and self-sufficiency created the Division of Workforce Development to assist Bryant with his promise to Mississippians, “to make sure every Mississippian who wants a job can find a job.”

Davis developed the Gen+ initiative to stabilize the family and to treat the family holistically. He also launched the Skills2Work Third Party Partnership Program to provide participants training, support and case management to gain skills to obtain a livable wage, began partnering with Mississippi Community Education Center as Intermediary for KLLM Driving Academy and has become a champion for establishing new partnerships with companies and agencies like Ingalls Shipbuilding, Families First of Mississippi and the Mississippi Department of Transportation to utilize heat maps for regional transportation.

In a release, DHS said during the three years as executive director, Davis played a critical role in leading the agency to adapt to significant changes and has helped make a better Mississippi.

Davis earned a bachelor’s degree in business administration from the University of Southern Mississippi and a masters of science in leadership from Belhaven University.

Davis has volunteered on several mission trips to Central and South America with the Baptist Medical and Dental Mission and is a sixth generation member of Pleasant Grove United Methodist Church in Monticello.

‘No room for growth’ in county jail

As the number of individuals committing crimes in Lincoln County increases, so does the need for a place to put... read more