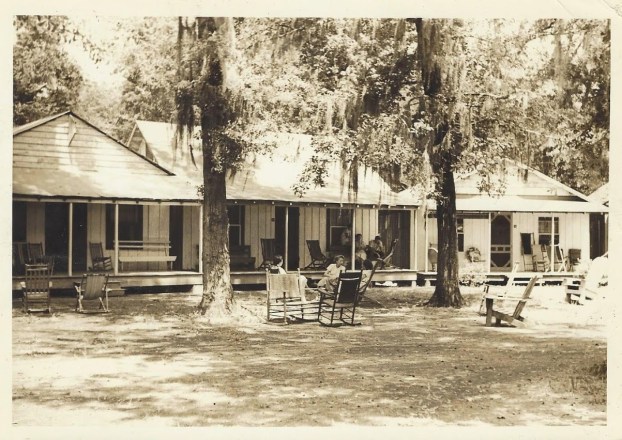 A 10-day camp meeting full of worship and fellowship begins this weekend in Ruth with the annual Felder’s Camp Meeting.

People are expected to travel from 14 states to attend the camp meeting that runs through July 21. Guest preachers will be Rev. Andy Stoddard and Rev. Johnny Ray.

“It’s not just fellowship with other Christians, but a renewal,” Steve Russell said. “It’s like revival.”

Camp meetings are an important part of the summer for many United Methodists. It’s a tradition that reaches back to the 18th century when church buildings were not nearly as prevalent across the U.S. Groups from varying denominations would gather as one congregation in an outdoor or open air setting for preaching, Bible studies and class meetings.  Families would pitch tents and stay for the duration of the meetings, which typically lasted 8-10 days.

Russell, along with Brad White and Vickie Mercier, will lead music throughout this year’s meeting.

Stoddard, who is the pastor at St. Matthews United Methodist Church in Madison, will preach daily through Tuesday at 10:30 a.m. and 7:30 p.m.

The meeting will be at Felder’s Campground, located on Hwy. 570, four miles south of Ruth.

This year’s meeting will be the 176th year for the event. The meeting has three services — a morning devotional time and midday and evening worship services.

There are cabins to stay in on the campsite, and the meetings all take place under a pavilion.

The camp meeting was established in 1843, and was previously called Galtlin’s camp ground in Bogue Chitto.

It was moved to its present location at Topisaw Creek in 1845. Sometimes the meeting was called by the creek or by the name Felder, from the Felder family. It has been known as Felder’s Campground since 1940.

Felder’s Camp Meeting is considered to be the oldest ongoing Methodist camp meeting in Mississippi.

For Stoddard, the camp meeting is familiar to him. He grew up outside Bogue Chitto, attending Felder’s camp meetings as a child. As a pastor, he’s only preached at one camp meeting previously in Pelahatchie.

This will be Mike Howington’s third year to lead youth ministry at Felder’s Camp Meeting. He hopes to see a revival of the Holy Spirit within the attendees.

“I think it has a huge family atmosphere to it,” Howington said. “It’s like a family reunion for the church.”

He described the meeting as a way for families to spend time together, unplugged and without any distractions.

“I pray it’s a good time for families,” Howington said. “I hope they enjoy what God has blessed them with.”

Russell is a longtime attendant of Felder’s Camp Meeting. His former pastor Glen Martin invited him when he went the first time. This will be his 14th year to play music at the meeting.

“I just fell in love with it,” Russell said. “I played for it and I’ve been doing it ever since.”

What’s a trucker to do in Wesson? City addresses issues

The Wesson Board of Aldermen is in a quandary when it comes to truck drivers who live on Sylvarena Road.... read more