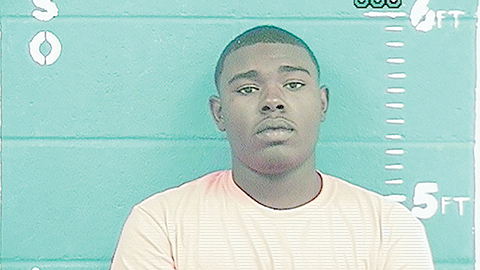 Suspect killed in shootout was out on $50K bond

A suspect believed to be involved in a fatal shooting of a Brookhaven woman Saturday — who was killed during a shootout with law enforcement Tuesday while on the run — was out of jail on bond.

A Lincoln County grand jury, in its January 2018 term, indicted 20-year-old Shawan Allen for aggravated assault and shooting into a dwelling.

Brookhaven police identified Allen Sunday as one of four men who were seen on video surveillance footage during a burglary Saturday night at a house on Mason Street that ended with the death of the homeowner, 20-year-old Zaria Newton.

Justin Anderson, 24, of Natchez, surrendered to Adams County Sheriff’s deputies Tuesday and was brought to Brookhaven Police Department Wednesday. He is being held in Pike County Jail.

Adrian Smith, 18, of Brookhaven, was arrested at the Evers International Airport by the Jackson Municipal Airport Authority Monday and was turned over to U.S. Marshals, according to media sources.

Smith and Berry are in the Lincoln County Jail. They, along with Anderson, have been charged with capital murder. No bond has been set.

It is unclear when the three men have an initial appearance scheduled in Brookhaven Municipal Court.

Allen was killed in a shootout with law officers Monday afternoon in the Beauregard community of Copiah County, just north of Wesson. Deputies learned Monday that Allen was hiding in a trailer on Bahala Road off Hwy. 51, Copiah County Sheriff Harold Jones said. As officers entered the trailer, Allen started firing at them, Jones said in a statement on social media. Multiple officers returned fire, he said. A Copiah County deputy was shot in the back but was saved by his armored vest. He was transported to a nearby hospital with injuries that were not life-threatening. The officer shooting remains under investigation by the Mississippi Bureau of Investigations.

While Allen was on the run, he allegedly went to his girlfriend’s home in Crystal Springs and forced her at gunpoint to drive him to Jackson. He jumped out of the vehicle when an off-duty officer noticed the car was driving erratically and attempted to make a traffic stop. According to media reports, Allen approached a man at his home in Crystal Springs and demanded car keys, but was unsuccessful in stealing a getaway vehicle so he hid in the woods.

Authorities believe Allen stole a Copiah County work truck overnight Sunday. He wrecked the truck and when a man tried to help him, he stole his 2018 Ford Fusion at gunpoint.

His 2018 indictment contends he — along with Armone M. Sims and Shamonte D. Brooks —shot Lastangela Thomas with a handgun around March 31, 2016, at the East Congress Street home of Thomas and her husband, Billy Thomas Sr.

Then-Police Chief Bobby Bell said a woman was struck by a bullet and was transported to King’s Daughters Medical Center. The woman’s son and several friends were involved in an altercation with another group of men when she was shot, Bell said.

Allen would have been 17 at the time of that shooting.

His trial in Lincoln County Circuit Court was set for Nov. 27, 2018, but was twice continued at the defense’s request.

Five witnesses for the defense were set to testify that they were with Allen at a fish fry at Cloverdale Apartments when the people at the party heard gun shots fired at the Thomas residence several blocks away.

In April, Allen’s attorney L. Ivan Burghard became aware of a conflict of interest from two years prior when he substituted for the Brookhaven Municipal Court public defender representing Brooks at a preliminary hearing. Brooks is a co-defendant to Allen in the matter. Attorney Nelson Estess was appointed as Allen’s defense attorney May 1.

In June, the state requested a continuation based on discovery May 30 of new evidence that may have either fully or partially exonerated Allen or Brooks.

“During the course of the investigation, new evidence came to the state’s attention and it had to be investigated,” said District Attorney Dee Bates. “It could potentially exonerate, or it could be evidence that could prove that he was guilty. We have a duty to investigate new evidence and that’s why we asked for a continuance.”

According to a Daily Leader article, Allen was arrested in Copiah County in August 2017 in connection with a shooting in Brooklyn Apartments that left a juvenile with minor injuries, authorities said. He and Ladarius Johnson, who surrendered to police, were charged with aggravated assault and were accused of shooting into an occupied apartment at the building at 576 Halbert Heights Road, which sits on the opposite corner across from Faith Presbyterian Church.

The juvenile victim was treated for minor injuries and was released from the hospital.

A vehicle stolen in New Orleans was recovered at the location, Brookhaven Chief of Police Kenneth Collins said then. He expected to charge the victim with receiving stolen property at the time. Court records do not show an indictment for that charge.

Anderson, of Natchez, was acquitted by a Lincoln County jury in May for first-degree murder in the shooting death of Billy Ray Thomas Jr. Thomas was killed in November 2017 as he was leaving the Oasis Club on South First Street.

The jury also came back with a verdict of not guilty for the aggravated assault charge against Anderson for the alleged shooting of Joshua Thomas, who was standing in front of his cousin as they exited the club that night.

Joshua Thomas was on the list of people subpoenaed to testify in Allen’s August trial.

Labor rate is up, but so is work force

Lincoln County’s jobless rate was higher for the month of June than the previous few months, but remains in its... read more