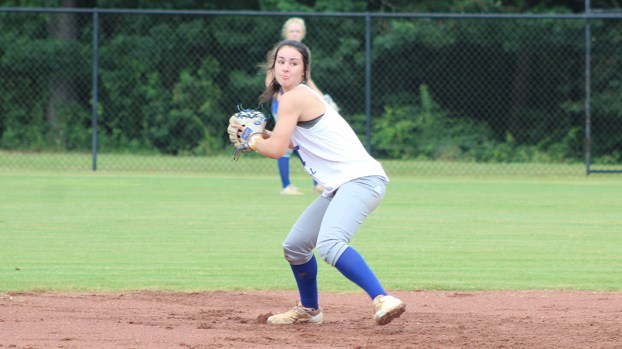 The Brookhaven Academy Lady Cougars were a juggernaut last season as they won 24 straight games to begin the season in 2018. The team finished 37-5-1 and won the MAIS AA South State Tournament before falling in the championship series of the state tournament to their rivals, Clinton Christian.

So, with only two seniors lost to graduation, shouldn’t the Lady Cougars expect to have a similar campaign in 2019? It’s not that easy, says BA coach Becky Flowers.

“It’s not just as easy as doing it again just because of the season we had last year,” said Flowers. “We’ve got some new people in some new spots this season and we’re still a young team with only two seniors and two juniors. It won’t be the worst thing in the world if we lose a couple early and take some of that pressure off.”

The senior class is made up of Kaylie Burgess and Hallie Creel. Creel played left field last season and will move to first and third this season. The athletic, 5-foot-11 Creel will be hard to get a ball past on either corner of the infield. She’s almost ready to commit collegiately as she’s currently deciding between the University of West Florida and Mississippi College, where her sister Hannah is a sophomore pitcher.

Like most of her teammates, Creel has spent the summer break playing travel ball and feels like the team has a chance to get off to another strong start this season.

“We started practicing together on July 8 and we’ve looked smooth so far,” said Creel. “Right now, we’re just coming together as a team, but most everyone knows their role and what they do best for the team.”

Burgess will play second as she did last year and is an important piece of the team, said Flowers.

“Kaylie made some clutch plays for us last season in the field and at the plate,” said Flowers. “She gets her job done and is very reliable.”

Matti B. Johnson will get the chance to start in left after playing that position last season as a sophomore in junior varsity. Centerfield is manned by the reigning Daily Leader All-Area Offensive Player of the Year, Madison Moak.

Moak was starting for BA in junior high and that’s the same situation that seventh grader Kensy Covington will be in as she takes over in right field. Covington is one of a group of seventh graders including Emme Barrett and Maddie Bullock that Flowers expects to be contributors to the team this season.

“Young players are going to make mistakes, but we’ve got plenty of girls on our team that have been in their shoes before and can help coach them through it,” said Flower

What sets the Lady Cougars apart from most teams they play is their pitching depth. Junior Madi Smith and sophomore Emily Clare Felder will again split time in the circle after both having dominate seasons in 2018.

“I tell people that we don’t have one starter, we have two starters,” said Flowers. “We try to mix things up and bring them in different situations throughout the year to get us ready for the postseason. We’ll also try to get Kensy some varsity innings this year as she’s one of our pitchers of the future.”

Catcher Abeni Fuller, who was an MAIS AA All-State selection last season, transferred to Lawrence County High School. She’ll be replaced by a transfer into the program as sophomore Bailee Goodson joins BA after starting for West Lincoln last season.

Goodson will split time behind the plate with rocket-armed sophomore Abby Grace Richardson. The two will swap out playing catcher and short stop.

BA moves into a new classification as the MAIS completely restructured their classes and made them 4A. Their district includes Cathedral and ACCS out of Natchez and Silliman and Oak Forest from Louisiana.

Of the five losses suffered by BA last season, four of them were to Clinton Christian, who is now a 3A school after the reshuffling. Silliman has a traditionally strong program and Simpson and Leake are two more good programs that are now 4A. BA swept Simpson, who won a state champion in 2018, last season and tied with Leake in a tournament game.

“Silliman has a good team even though they graduated some of their better players,” said Flowers. “We played well against some of the bigger teams we played last year who are now in our same classification. The most important thing is for us to keep improving and to compete every game. I don’t want us to get complacent and coast.”

Flowers will be assisted this season by Jose Acosta and former player Kaylin Jordan.

BA begins its season Saturday at the Magee Sportsplex in the Simpson Academy Tournament. The Sportsplex will also host the Jackson Prep Tournament along with the MAIS South State and State Tournaments. The Lady Cougars will host their tournament on Sept. 7 at the Hansel King Sports Complex.