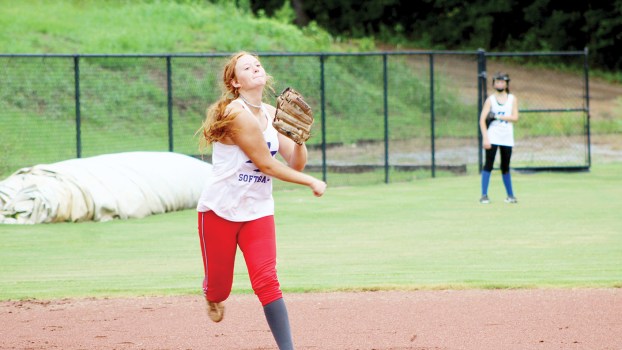 The Brookhaven Academy Lady Cougars (3-0) got their season off to a perfect start Saturday as they won three games at the Simpson Academy Tournament held at the Magee Sportsplex.

BA shutout Bowling Green academy 5-0 behind the pitching of sophomore Emily Clare Felder. Felder struck out seven in the complete game win and only walked one while giving up a single hit. Sophomore Abby Grace Richardson hit a double as did senior Hallie Creel for coach Becky Flowers. Richardson finished with two hits and Creel drove in a pair of runs. Bailee Goodson, Madi Smith, and Felder also hit safely for BA.

Creel drove in four runs in a 10-4 win over Copiah Academy. BA outhit CA 15-4 and won big despite committing four errors. Creel led the Lady Cougar offense with a pair of homeruns. Matti B. Johnson, Smith, and Richardson all hit a double apiece. Smith struck out three and walked four while scattering four hits to pick up the win. None of the four runs scored on her were earned. Creel and Felder ended up with three hits apiece. Madison Moak, Richardson, and Smith had two hits apiece. Goodson and Kaylie Burgess each also hit safely for the Lady Cougars.

The blue and white jumped out to score seven runs in the first two frames on the way to a 10-2 win over Centreville Academy. Felder struck out four to get the win. Richardson homered and Moak and Smith each hit a double. Richardson and Creel each drove in a pair of runs. Burgess had a pair of hits as did Creel. Goodson and Felder also hit safely.

BA was scheduled to make their home debut tonight, but that game has been moved back to Friday. The Lady Cougars will host Centreville Academy Friday with the junior varsity playing at 5 p.m. followed by varsity at 6:15 p.m.

The West Lincoln soccer program is hosting a 7-on-7 soccer tournament today at Southwest Community College in Summit. The event... read more