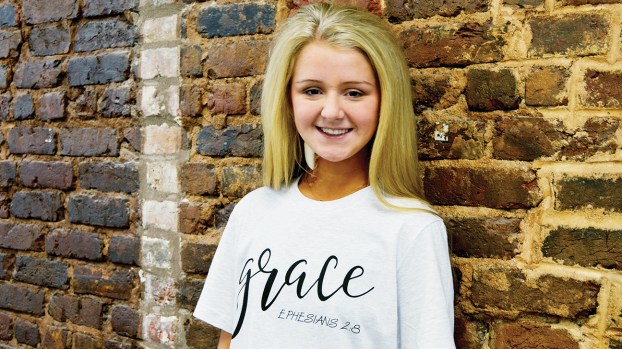 Teen with cancer finds strength in her faith

A Brookhaven teen has found comfort in her faith amidst a difficult diagnosis.

Madeline King, an upcoming junior at Brookhaven High School, is in a place she didn’t think she or her family would be in. A few weeks ago, she was diagnosed with thyroid cancer.

“This is the road God’s given me,” King said.

The 15-year-old will have surgery to remove both her thyroids and her lymph nodes Friday. The surgery is expected to take several hours, and King will stay in the ICU for some time before being released.

Because of those medical issues, King has frequented Blair E. Batson Children’s Hospital in Jackson for tests and check-ups. At one of those appointments, King picked up on something. She noticed parents sitting with their children usually ate snacks provided by the hospital.

At Batson, parents can receive up to two free snacks a day. King was intrigued and wanted to help in any way she could.

“She was very inquisitive,” said her mother, Beth.

On the car ride home from Jackson to Brookhaven, King kept asking about the snacks and suggested they do something to help.

King partnered with Harmony Baptist Church — where her father, Owen King, is pastor — to help reach her goals and as she’s grown older, she’s made bigger impacts with her fundraising.

In April, King got a call from a volunteer at the hospital about selling T-shirts. Her plan was to take the profits from the shirts to pay for vouchers for parents so they could enjoy meals with their children, rather than snacks while their children ate.

The fundraiser has been a huge success.

“That just exploded. Everyone wanted a shirt,” Beth King said.

Only two weeks after that, the 15-year-old was diagnosed with thyroid cancer, and it had spread to her lymph nodes. Her father had been the first to notice the knot on her neck. The Kings took their daughter to a doctor who made the diagnosis.

“It’s just the Lord’s way,” Beth King said. “We never would’ve thought we would be in the spot other people at Batson are in.”

Nearly $4,500 has been raised from the T-shirt fundraiser. In fact, it’s been so successful that it’s gotten to be too big for the Kings to handle in their current situation.

The shirts from the first order have to be delivered before any more orders can be placed. Beth King said local businesses have stepped up and have offered their assistance.

“Brookhaven has been very good to us,” she said.

King said receiving her diagnosis was scary, but she knows it’s nothing God can’t take care of.

“This could just be part of my testimony,” she said.

The Kings said they can’t thank their church family enough for everything they’ve done so far, from bringing them meals to helping take care of their home when they’re away at Batson.

“We have got a very loving church. It’s more like a family,” Beth King said. “In situations like this, I’ve learned to ask for help.”

After the surgery Friday, King needs to take time off to recuperate — maybe the rest of the year. Because of her weakened immune system, doctors don’t think she’ll be able to return to school until after flu season has passed.

The surgery will consist of a dissection of her neck, in which the surgeon can remove the lymph nodes but can also remove a certain vein, muscle or nerve or a combination of all three. He’ll also remove her thyroid gland. Because of this she’ll likely take hormone medication for the rest of her life.

“As a mother, it’s scary, but we’ve got our faith,” Beth King said.

“Put your faith in God,” Madeline King said. “You’re not gonna be given something you can’t handle.”

To order a T-shirt to help provide meal vouchers to parents of patients at Batson, contact Beth King on Facebook or text her at 601-757-2407. T-shirts are $20 each with a $2 additional charge for size 2XL and larger. All proceeds from the T-shirt sale go to Blaire E. Batson Children’s Hospital.

A representative with the Lincoln County Public Library shared impressive figures with the Board of Supervisors Monday, then asked for... read more