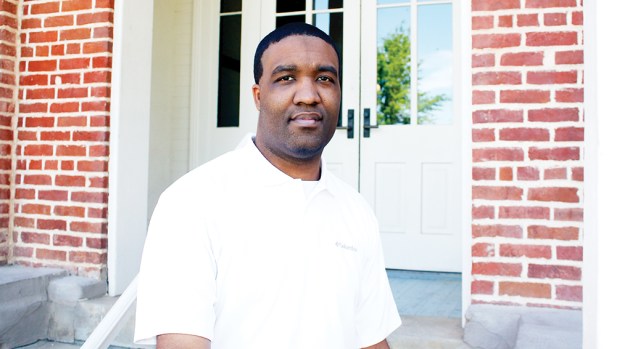 The newest member of the Brookhaven School District Board of Trustees is eager to get busy serving the community in an additional role, though his appointment did not come without questions.

Brookhaven Mayor Joe Cox earlier this month put up Patrick Brown as his appointee to fill the unexpired term of school board trustee James Tillman, who will retire Thursday.

The mayor and the aldermen each have appointments for various boards in the city that are usually made, if needed, during their report portion of the agenda.

This was one of Cox’s.

The mayor and aldermen’s reports are not usually detailed on the agenda, so District 2 Alderman Shannon Moore questioned it.

“Who is Patrick Brown?” he asked.

Alderwoman-at-Large Karen Sullivan made a motion to accept the mayor’s appointment and it was seconded, making it ready for a vote.

Moore asked if they could meet appointees before they vote on them, like they do when department heads bring a potential employee to them before a vote to hire the individual.

“I’d like to see the person I’m voting for,” Moore said. “Who is that? Nobody knows.”

“You could bring him to the board and everybody would know him,” Moore responded.

The board — except for Moore — voted to approve Brown.

He will be one of the three appointed members of the board. Two of the members are elected.

“I’m excited to get on the board and help move the district forward the best that I can,” he said.

He has requested a copy of the district’s strategic plan and is ready to attend his first meeting Aug. 27.

He wants to make his predecessor proud.

“I’ve always appreciated his leadership,” he said of Tillman. “I met him years ago when I first started working with the Brookhaven School District on projects.  I’ve always had respect for him. He’s always wanted to do what’s best for the kids, and I hope to be able to continue that in his footsteps.

“I, by all means, don’t have the knowledge that he does. There’s no way that I can attain that. I just pray that I can bring something to the table for Brookhaven.”

Brown is a 2001 graduate of West Lincoln and a graduate of Copiah-Lincoln Community College’s computer information systems technology program. He lives in Brookhaven and is a Sunday School teacher for a college-age class at Johnson Grove Church of Christ.

He’s on the board of the Berean Children’s Home and the Brookhaven Tourism Council and is a past member of the Co-Lin alumni association.

He said he’s very policy-driven and hopes to put his technology background to good use on the board. His main concern is students’ welfare and education, he said.

“Our responsibility is to listen to the community. And make sure the decisions that are made by the board are consistent with policies and procedures and to make sure each child, each parent does have a voice,” he said.

The Mississippi School Board Association is hosting a trio of stakeholder meetings Thursday in an effort to gather criteria that... read more