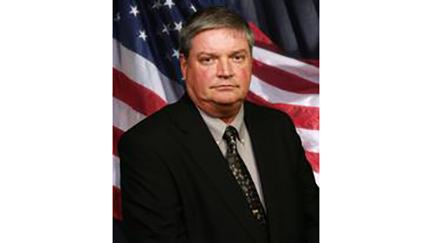 Lincoln County supervisors this week scrutinized timesheets for each department’s employees before approving to pay workers on a 4-1 vote.

In an effort to be better stewards of the taxpayer’s money, supervisors began meeting twice a month to study payroll line items about three months ago, District 4 Supervisor Eddie Brown said. These two meetings, held a few days before each payday, are in addition to the two monthly board meetings on the first and third Mondays and also the docket meeting, which is held within a week after the first monthly meeting.

The line items are broken down in a spreadsheet divided by departments so supervisors can see what department heads are spending and who is getting paid overtime and how often.

Supervisors flipped through the pages, questioning payroll clerk Lisa Britt about various line items concerning job descriptions and payroll, seemingly satisfied enough with her answers that they were ready to vote.

District 3 Supervisor Nolan Williamson made a motion to approve payroll, then left the meeting to meet a contractor about a bridge in his district. District 1 Supervisor Jerry Wilson, board president, seconded his motion.

Then Brown put the brakes on the voting when he asked to pull a line item out of the payroll before he voted.

He questioned the legality of the employment and pay of a road worker in District 5 Supervisor Doug Falvey’s crew and wanted to seek the advice of board attorney Bob Allen, who was not present for the payroll meeting.

“I want to be sure that I’m legal on, that we’re all legal on. I want to know about his nephew being legal,” Brown said, nodding toward Falvey, who sits next to him at the meetings. “Bob can find it out. If it’s legal, it’s fine, but I want to know about it before we go any further.”

Falvey asked why Brown was questioning it.

“You’ve got your nephew hired and you’re paying him the highest amount in the county, just about it, on the road crew and I want to be sure,” Brown said. “Bob can check it with ethics and he can check it with the audit department and if it’s legal, it’s legal, that’s it. That’s all I want.”

Brown said Falvey’s relative had been on the job for over three years, but made as much as workers in other supervisors’ crews with more experience.

Falvey said he spends less on his payroll than the other supervisors do.

“I’m not here to argue with you,” Brown said.

“I’m not here to argue with you either but you need to take on something that’s important,” Falvey responded.

“I’m looking at what’s ethical,” Brown said. “I don’t wat to sit here and say that it’s good. Let’s just get a legal opinion on it and be through with it.”

“So you decided after four years that it’s not legal?” Falvey asked.

Brown said the board has been looking at timesheets for each department for only a few months, so he questioned it.

Chancery clerk Tillmon Bishop reminded the four remaining supervisors at the meeting that there was a motion and second still on the floor.

Brown said he’d vote for it but without the line item that included Falvey’s nephew until Allen could be consulted.

“If it’s legal, I’m fine, but outside of that I approve paying everybody else,” he said.

Wilson asked county administrator David Fields if they could call Allen to the meeting.

Brown told Fields he could consult him later, but Falvey wanted him contacted immediately.

“Let’s get it worked out now,” Falvey said. “Get an answer now on it if he’s there.”

Fields couldn’t reach the attorney so Bishop asked again about the vote, reminding them it was at 5-0.

“So you’re not voting for payroll at all? So none of your crew gets paid? Is that what you’re saying?” Brown asked.

“I’m not saying anything, Eddie. I’m just saying I’m not doing payroll like it is.”

The payroll passed 4-1, which allows Britt to process employees’ pay.

The board will likely address the issue at the next board meeting, which is Monday at 9 a.m.

Workers installed the large letters that make up “Sullivan’s Grocery” Thursday on the facade of the former Piggly Wiggly building... read more