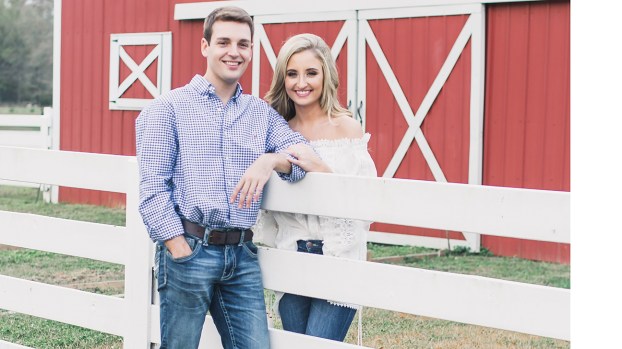 He is the son of Lance and Jessica Smith Griffin.

Miss Hennington is the granddaughter of Pat and Carolyn Hennington, Rita Turner, and Kenneth and Linda Dunn.

Mr. Griffin is the grandson of Gail Smith, Mitchell and Angie Griffin, and the late Dannie Smith and Judy Griffin.

The bride-to-be is a 2012 graduate of Loyd Star Attendance Center and a 2017 graduate of the University of Southern Mississippi with a bachelor’s degree in nursing. She is employed as a nurse at King’s Daughters Medical Center.

The prospective groom is a 2014 graduate of West Lincoln Attendance Center and a 2016 graduate of Copiah-Lincoln Community College with a degree in business administration. He is employed as an automotive paint technician at GT Collision.

Family and friends are invited to attend. No formal invitations will be sent.

Living in our area of Mississippi, driving around Lincoln and Pike counties can be an everyday history lesson. Here, as... read more