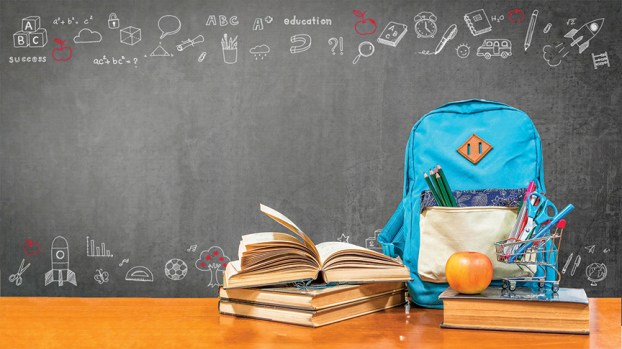 Three thousand copies of this school year’s handbook nearly went out to students without approval by the Lincoln County School District’s board of trustees, who were not happy at that revelation.

“This could have been a bad thing,” Board President Billy Vaughn told Superintendent Mickey Myers at the Aug. 8 special-called meeting. “Where was the ball dropped? I’ll give you a chance to tell us what happened.”

Vaughn said the board — four of the five members were elected in November — doesn’t know the time frame “of when certain things happen” and wasn’t aware it should have come up for approval by the board in July before the copies were printed at a cost of $5,000.

Myers said a handbook committee, which included teachers, went over the handbook and made changes. He took responsibility for the board not being given an option to vote for its approval before it was printed.

Vaughn said someone in the central office should have caught the mistake and the incident gives the public the perception the district isn’t being transparent.

“I’m not here to bash anybody ’cause we’re all in this together, but if we bang our head against a brick wall doing things to help out the people who are against us, we’re not going to get anywhere,” he said. “I want to gain the trust of the public back, and we have an opportunity with this board to do that. I’m not talking about the past board or anything like that, but this board, we have an opportunity to gain that trust back and if we don’t do things the way they need to be done, we’re not going to get that trust back.”

The board voted to table the approval of the handbook until the next meeting, which will be Monday at 5:30 p.m. at Enterprise Attendance Center.

“We almost sent out a handbook that wasn’t approved by the board,” he said.

“This was not a problem the board created and I didn’t feel like the board needed to be blamed for doing it when we didn’t have anything to do with it. As the board president, I felt like, and I talked to all the board members, we felt like we needed to hold those handbooks.”

One issue with the handbooks is the lack of alignment with board policy. Trustee Justin Laird said he spent an entire day going over the handbook marking instances where the two did not match up.

“I’d been sitting there for about five hours when I finally got aggravated and just got up and walked away for a little while,” he said. “I couldn’t understand how it got so far off track. And that puts us in a very bad spot because here we are up against the wall.”

The board may approve a full-time temporary employee in the district office to bring the handbook and policies into alignment because all of the other district employees have enough responsibilities already.

“Each one of these staff members have enough of a workload that they don’t have time to be looking at policy,” Vaughn said.

“It would probably be money well spent,” Myers said.

Copiah County voters have overwhelmingly re-elected most of the county’s Democrat incumbents, voted in a new sheriff and have three... read more