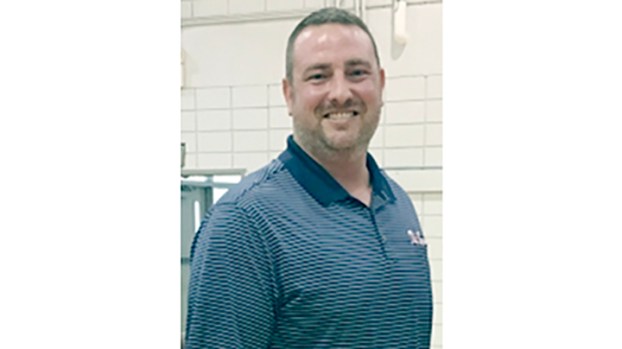 The principal of Brookhaven High School is a former athlete who expects the school’s athletic teams, band and students to continue the BHS tradition of being champions.

David Martin, in his eighth year as BHS principal, said no major changes are taking place this school year, but he expects extra-curricular groups and students overall to again show why BHS is “a special place with a tradition of excellence in all areas.”

Martin is a lifelong Lincoln County resident whose family moved to Bogue Chitto when he was a year old. He played football, basketball and baseball, but had to give up sports after high school after having three knee replacements.

He enjoyed math and problem-solving, and attended Brookhaven Technical Center, where he studied diversified technology (now called engineering). He and classmates competed nationally in Washington, D.C.

He also was a member of Future Farmers of America, through which he competed in public speaking and was once an alternate for a cattle-judging team that received the highest score of the competition.

Martin wants BHS students to enjoy learning and opportunities such as those he enjoyed.

He had planned to become an engineer, but had found himself tutoring classmates in math, and it gave him a passion for math education, so he changed his major.

His long-term goal is to become a district superintendent.

Martin first taught high school math at Crystal Springs High and then at North Pike Middle School, where he also was football coach, and coached the girls’ basketball team for a year.

“After three years as a teacher and coach, I spent my fourth year working on my master’s degree and the following year became assistant principal,” Martin said.

“After spending nine years at North Pike Middle School, I had the opportunity to become principal at BHS. I was excited to be closer to home and work in the community where I live.”

Along the way, Martin married Jackie, his high school sweetheart. She is associate vice president of instructional services at Copiah-Lincoln Community College.

They have a son, Eli, who is a freshman, and have unofficially adopted Victor Terry, who is now a teacher in Massachusetts.

The Martins recently built a home in west Lincoln County. They have two dogs, Sadie and Bailee, both Pomeranians.

The family attends Johnson Grove Church of Christ, where Martin is a deacon and teaches a class young adults class.

In his spare time, Martin said, he enjoys “fixing things, working on projects and just being able to work with my hands and see a result.”

He also enjoys “reading and sharing quotes, stories, or videos that I feel may help our students and staff improve whether it is academically or just as a person.”

Martin said it’s a good feeling to go anywhere in town and see current or former students come over and speak to him or shake his hand.

“I feel it is our job as educators to model being a good person, a person of integrity and honesty,” Martin said.

“I think we are doing just that at Brookhaven High School and that is helping to build a positive community. While often times we see bad news in the media, I want people to know the good news, which is our future is bright and it starts with students right here at Ole Brook and Lincoln County.”

A municipal judge believes there is probable cause to order three men charged with capital murder in Brookhaven to be... read more