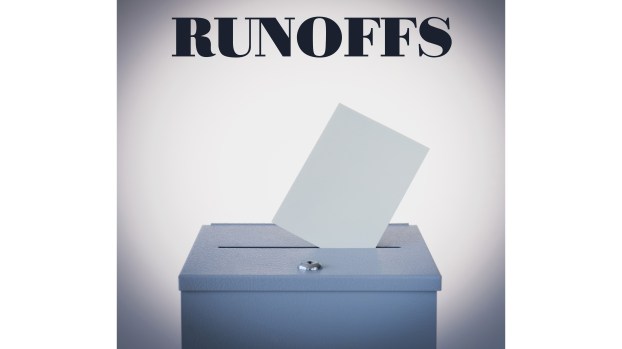 Those who voted Republican in the Aug. 6 primary election as well as those who didn’t vote at all are encouraged to return to the polls Tuesday for the runoff election to decide the Republican winner in four county and two state races.

Lincoln County voters will see six races on their ballots:

Mississippi law does not allow “cross-over” voting, so only the voters who voted in the Republican primary or who did not vote in either the Democratic or Republican primaries will be eligible to vote Tuesday. Cross-over voting has long been prohibited in Mississippi and in 2016, lawmakers passed legislation making cross-over voting a misdemeanor punishable by up to six months in jail and up to a $500 fine, Lincoln County Circuit Clerk Dustin Bairfield said.

Voters who are eligible and want to vote by absentee ballots have until Saturday to cast that ballot in person at the Lincoln County Circuit Clerk’s Office. The clerk’s office, located upstairs in the Lincoln County-Brookhaven Government Complex on South First Street, will be open Saturday from 8 a.m. until noon.

Absentee ballots cast by U.S. mail must be received by the clerk’s office by Monday to be counted.

In the Nov. 5 general elections, voters do not have to declare any party affiliation, Bairfield said. Ballots will feature nominees from the Democrats, Republicans and other parties along with independent candidates — all on the same ballots.

There are no runoffs in the general election. The candidate with the highest vote total on Nov. 5 will be the winner, he said.

For more information about the primary run-off election, call the circuit clerk’s office at 601-835-3435.

Work force up, unemployed rate down

The unemployment rate for Lincoln County in the month of July dropped some from June as the labor force climbed... read more