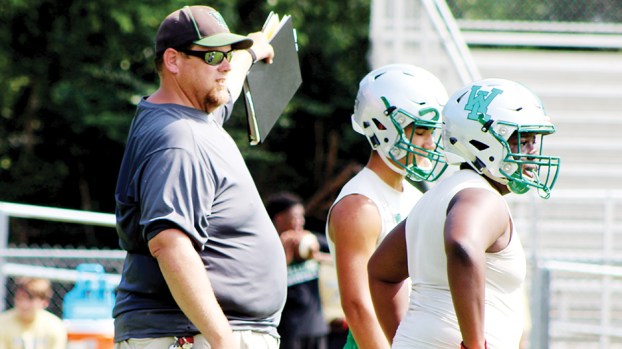 The West Lincoln Bears had a rough debut Friday night as they were beaten 41-7 by Mize in Smith County.

Running behind a powerful offensive line the Bulldogs were strong at the point of attack all night.

“We have a lot of guys playing on both sides of the line and they really wore us down in the second half.”

West Lincoln has been battling injuries as Bland hopes to have his team fully healed as the season progresses. Friday night they were without senior running back Michael Brothern, a 1,000-yard rusher last season.

Senior quarterback Travis Hall, a player who missed nearly all of last season with an injury, did a good job at handling the WL offense after being out of action for nearly a year.

“Travis had some moments and he’s only going to get better,” said Bland. “Chris Freeman caught some balls and played well. We’ve got things we need to work on for sure. Mize is

The Bears make their home debut on Perry Miller Field Friday when they host the Salem Wildcats.

The Enterprise Yellow Jackets were winners Friday night in the debut of head coach Trey Woodard as they whipped the... read more