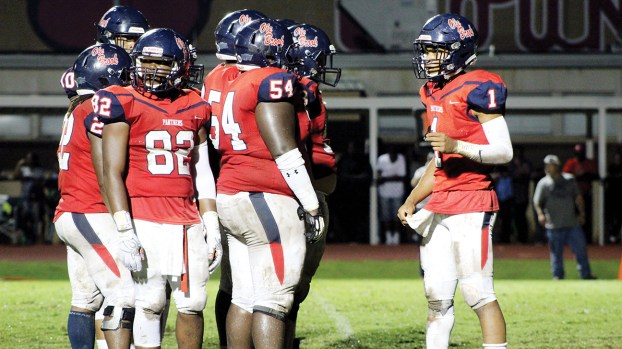 The Brookhaven High and Lawrence County rivalry is renewed Friday night as BHS travels to Monticello to face the Cougars.

LC is coming off of a close 19-18 win against Hazlehurst in the KDMC Kickoff Classic. The Cougars led by a pair of scores early but trailed in the fourth quarter. A defensive stand that gave them the ball back near midfield was the shot of momentum that coach Jesse Anderson’s team needed as they promptly marched down the field for the go-ahead score.

Ole Brook is coming off a 42-2 loss to South Pike. The Panthers moved the ball well at times against the Eagles but had no success in putting the ball into the end zone. After the game coach Tucker Peavey cited improved tackling as something his team must work on this week in practice.

The Brookhaven linemen and linebackers will get plenty of opportunities to make tackles against the LC double wing offense. Against Hazlehurst the Cougars were led by senior Kylan Cooper who rushed for 128 yards and scored a pair of TDs. As a team LC gained 235 yards rushing the ball.

Last season BHS jumped up quickly on LC in Brookhaven and coasted to a 33-6 win over the Cougars. The last win for LC in the series was a 55-33 victory in 2015.

Both teams are rebuilding in areas as the Cougars have a whole new offensive line in 2019. For Brookhaven High it’s the defensive line and linebackers that are two of the most unexperienced units on the team.

The LC defense was solid against Hazlehurst as senior defensive end Stefan Pierce led the team with a pair of sacks. Senior Kendrick Madison picked off a pass for the Cougars. Senior defensive end Javarious Bryant was in on a team high 10 tackles and junior linebacker Hunter Daley made a team best seven solo stops.

Kickoff in Monticello is set for 7 p.m.

The Wesson Cobras will be in Lamar County Friday night facing the Sumrall Bobcats. Coach Jeremy Loy and his group... read more