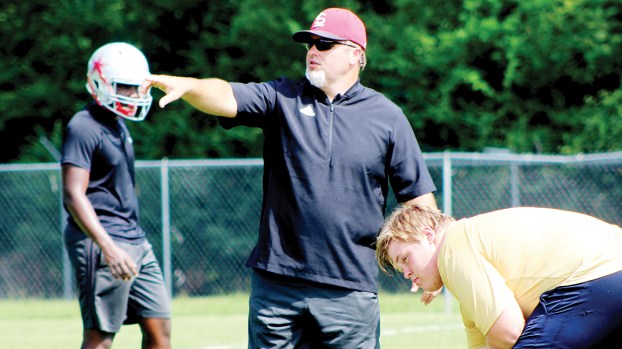 2nd half drives McLaurin past Hornets

Loyd Star Hornets traveled to Rankin County on Friday night to face off against the McLaurin Tigers. The Tigers used a well-executed offensive scheme and a big second half to defeat the Hornets 36-21.

Each team came into Friday’s matchup attempting to get the first win of the 2019 season.  The Hornets got off to a hot start mounting a 70-yard scoring drive on the opening possession of play.  Versie Williams, sophomore running back, capped the drive with a 65-yard touchdown run.

The Tigers responded on the next possession as Dawn Laird, senior 1uarterback, lead his team down the field for a 58-yard scoring drive.  Laird connected with Dalton Johnson for a 13-yard touchdown pass to end the drive for the Tigers.

Loyd Star and McLaurin both had fumbles that were recovered by the opposite team. This set up the Hornets on a drive that was cut short by self-inflicted penalties.

The Tigers offense took full advantage of the miscues by the Hornets.  McLaurin, led by senior Laird in a double wing, set moved the ball efficiently down the field.  Senior Kenny Bacon finished the drive with a 3-yard run for a touchdown.  Tigers elected to go for a two-point conversion by handing off to Bacon for a walk-in score.

Loyd Star offense sputtered on the following possession giving the Tigers back the ball.  The Tigers took advantage of the quick possession and responded with a trick play.  Bacon came up with a 44-yard touchdown run before half to extend the lead to 22-6.

Williams answered tocut the Hornets deficit with a 2-yard touchdown run with 41 second remaining in the first half.

McLaurin would come out in the second half and strike first with a 66-yard drive.  Then shortly after Julius Smith of Loyd Star ended the night of scoring by getting into the endzone with a 28-yard rush to bring the score to 36-21.

Loyd Star heads to Tylertown, Mississippi next Friday to face off against Salem.

Playing the Holmes Community College Bulldogs and their triple-option offense is a lot like going to the dentist. Painful, but... read more