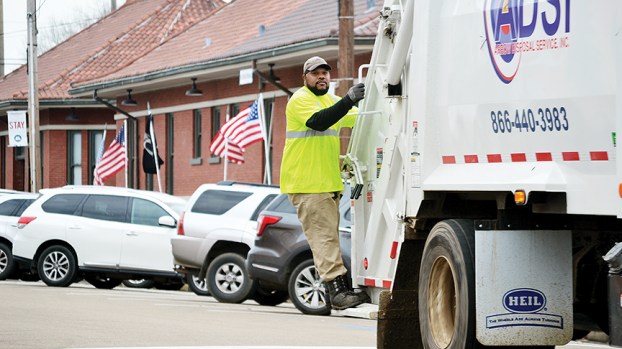 File photo Brookhaven residents will see a $2 increase on their solid waste bills after aldermen approved a budget for the year.

Brookhaven aldermen approved a $13.8 million budget this week with one member recusing himself from the vote.

With the new budget, taxpayers will see an increase on utility bills of 50 cents each for water and sewer and $2 for solid waste.

The items for consideration by the board initially were presented on a 19-item consent agenda to be voted on as a group Tuesday, but aldermen requested some of the items be pulled out for discussion.

Aldermen approved to receive the amended 2019-2020 Brookhaven School District Budget of about $30 million and ad valorem request of about $11 million on a 7-0 vote.

Ward 2 Alderman Shannon Moore recused himself from votes on the budget, tax levies, debt service and the water and sewer increases, which all passed 6-0. He gave no reason for his recusal.

He did not recuse himself from the vote on the solid waste increase, though, voting “no” along with Ward 6 Alderwoman Shelley Harrigill. That passed 5-2 which means taxpayers will see an increase on their bill for solid waste. The increase is needed to fund a new landfill, Mayor Joe Cox said in a previous meeting.

Copies of the budget are available at the City Clerk’s office in the Lincoln County-Brookhaven Government Complex on South First Street.

Harrigill also joined Alderwoman-at-Large Karen Sullivan in voting against approval for Charity Hamilton to attend the Mississippi Association of Governmental Purchasing and Property Agents Oct. 20-23 in Tupelo at a cost of $175 for the conference plus hotel, meal and mileage reimbursement.

Neither alderwoman would say publicly why they voted against Hamilton’s participation in the conference. It passed 5-2.

Moore also recused himself from another item in the consent agenda. The board voted 6-0 to accept the recommendation of WGK Engineers to award the contract for biosolids removal at the wastewater treatment plant to Synagro-WWT Inc. in the amount of $119,600.

The board also voted 7-0 to accept a contract with Greyhound Bus Lines to use the Godbold Transportation Center as a bus station.

In other business Tuesday:

• The board voted unanimously to adopt an updated version of the Brookhaven-Lincoln County Continuity of Operations presented by Lincoln County Emergency Management Director Clifford Galey. It’s a plan that is used during emergencies and disasters that must be filed every two years, he said.

• Aldermen heard from Mike Smith with Insurance & Risk Managers who said Zurich Insurance, which has covered Brookhaven since 2010, has non-renewed the city. The company said there were too many claims, but Smith said the claims record shows differently.

“That is not what happened,” he said. “The real reason they’re doing it is Zurich really doesn’t have much of a presence in the state of Mississippi anymore.”

With Zurich leaving, Smith was able to bring Travelers back in as the city’s carrier at a better price and better coverage than Zurich.

• Police Chief Kenneth Collins gave aldermen an update on his department. He said two officers recently completed a weeklong hostage negotiation class, and he’s coordinating a joint training exercise this month with the Lincoln County Sheriff’s Office for the Brookhaven-Lincoln County Special Response Team. Assistant Chief Chris Case is applying for grants to fund the purchase of Tasers for officers and he has upped patrols at city businesses and other areas in the city requested by aldermen at past meetings.

One young woman was an opioid addict by the time she was 11. Another had been dropped off at an... read more