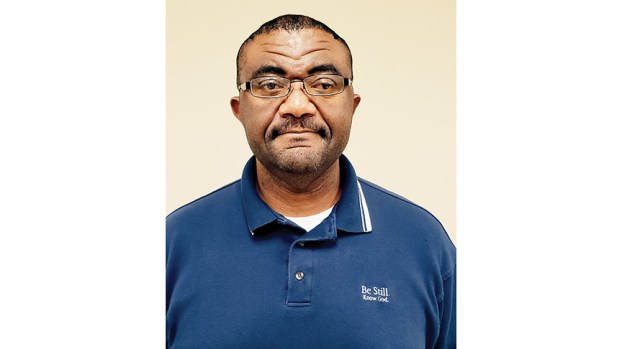 Cain said the Lincoln County chapter of the NAACP has investigated the county’s hiring practices in the courthouse for two years and was “saddened by the discovery” that the county had “neglected to hire African American people.”

“Lincoln County courthouse is 94 percent Caucasian,” he said. “And that’s a pretty sad indictment. Even when there is open positions in our courthouse, we have intentionally sent qualified black Americans that don’t even get a phone call back.”

Cain said he planned to discuss his findings with the state office of the U.S. Equal Employment Opportunity Commission but wanted to talk with supervisors first.

Cain said it’s been suggested that the problem comes from the lack of an NAACP push to get more black officials elected to office.

“Maybe that’s been the problem, but I would like to think my brothers right here, black and white, will look into this accusation that I’m saying and study more carefully because we think that eagles is almost extinct, black Americans are almost extinct in the workplace,” he said. “We ask that you all would pay more attention to it and try to put some black qualified people in our positions … in this Lincoln County courthouse.”

County administrator David Fields provided The Daily Leader with a breakdown by races of the 163 men and women employed full-time and part-time by the county.

His spreadsheet shows the following breakdown:

Fields said that the county’s employment is 72 percent white and 28 percent black.

However, Cain said Friday his investigation focused on the employees within the county offices and he provided his own breakdown, based on conversations Friday with each department’s supervisor or manager.

His spreadsheet, presented to The Daily Leader Friday, shows an employment roster divided by department and race.

Cain said he expects to see change in the county offices.

“When it gets down to our people, it’s time that somebody takes a stand and that would be me. I’m on the executive board of the NAACP and a civil rights activist and it’s my job to promote African Americans. I’ll be very saddened if I didn’t do that,” he said. “Qualified people have come in and applied for these jobs … That simply means we’re hiring our friends, our buddies, our cousins, and so forth of that nature. It’s time that we do something different.”

The five-man board — which is four white elected officials and one black — took no action on Cain’s comments, nor did they comment after his presentation.

For nearly a minute, no one said anything.

“I didn’t mean to silence the house,” he said, before Board President Jerry Wilson, supervisor of District 1, brought up the next agenda item.

Money earned in ticket sales for Mississippi Braves games has raised more than $7,000 for the 5th Squad. That means... read more