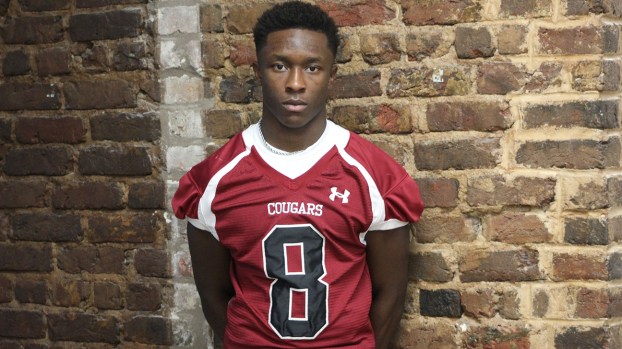 The Pearl River Central Blue Devils defeated the Lawrence County Cougars 42-21 in Friday night football action in Carriere. After falling behind 21-20 late in third quarter, Pearl River Central ripped off 22 straight points to earn its first win of the season.

Pearl River Central’s Detrich Spikes rushed for 238 yards and two touchdowns to power the Blue Devils. His 95-yard scoring run with seven minutes left on the clock was the game clincher.

Lawrence County grabbed a 7-0 lead, on a 65-yard touchdown run by Quincy Lewis, on the first play from scrimmage. After that, Pearl River got the better of it, grinding out first downs and maintaining possession of the football for over 33 minutes in the 48-minute game.

Three big plays accounted for almost all of Lawrence County’s offense. Along with his opening 65-yard touchdown run, Lewis scored from 47-yards out on the opening play of the second quarter, giving the Cougars a momentary 14-12 lead.

Each time LC went ahead, however, Pearl River Central came right back. With four minutes left in the third quarter, the Cougars’ Kylan Cooper broke loose for 97-yards and a score. Eduardo dell Angel gave LC a 21-20 lead with his PAT kick, but the Blue Devils dominated after that.

The cardiac Cats did it again as Bogue Chitto (2-1) picked up another close home win, this time over Springfield... read more