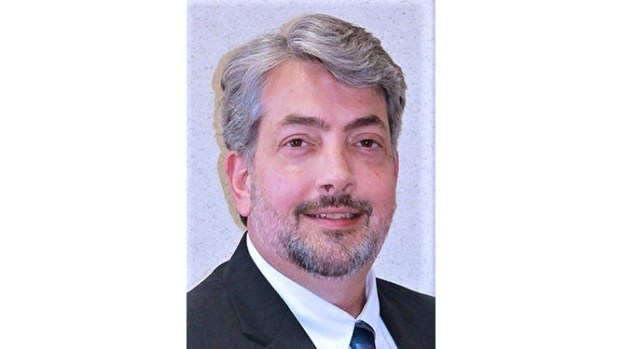 Principal: The kids ‘melt your heart’

Before Danny Rushing decided to settle down in a career, he was a young actor who performed at locations such as Spain at the World’s Fair and the Olympics in 1992.

He played the role of the toy maker in “The Toy Maker’s Dream,” capturing the attention of children and adults alike in the dream-like production about God’s plan of redemption.

Rushing played a Geppetto-type character (sort of like the puppet maker/father of the Disney character Pinocchio), and God used the experience to draw him into education, Rushing said.

The educator of 25 years is now in his third year as principal at Mamie Martin Elementary School in Brookhaven.

“Theater led me into education,” Rushing said. “It was in theater that I felt God’s calling to work with children.”

He also was an athlete, but majoring in theater gave him a chance to be part of a Christian ministry in acting.

After earning a bachelor of arts degree from William Carey University, Rushing went on to earn a master of education degree from the University of Southern Mississippi, where he later earned a doctorate in philosophy.

Rushing was a junior high school principal for six years before he joined the Brookhaven School District as federal programs director. The director job is one he held for five years. He also had prior experience as a teacher and an assistant principal.

“With five years in administration, I began to miss the direct interaction with students,” Rushing said.

“In administration, you indirectly affect the education of students. But working on site, you get to have a more personal influence on students.”

Part of the goals of the K-2 school is to teach young children to understand math and English fluency comprehension so they are ready for the third grade.

“By the time they graduate from here, we want them to go on to Brookhaven Elementary ready to be challenged with state testing and reading at or above their grade level,” he said.

“It’s not just about encouraging them to have good citizenship, but about learning how to get along with each other,” he said.

“Any time we can encourage them and love on them and let them know how special they are, it’s a good day. I try to do it daily, and I can’t say I am the only one because that is the attitude of our school — to love children and help them learn.”

Rushing said he sometimes comes across outwardly as “a little too stern,” and one who “goes by the book and is too business-like.”

“But these children” he said, “they melt your heart.”

He and his wife Angela have been married for 26 years. She is the high school counselor at Brookhaven High School. They live in the Magnolia community, where they are members of First Baptist of Magnolia, and they ride to work together.

They have a 24-year-old son who attends Southwest Mississippi Community College and a 19-year-old daughter who’s a sophomore at USM.

Rushing said he had no prior experience teaching young children until he came to Mamie Martin, but he became intrigued “to see how I’d do with the little ones. I’ve absolutely loved it. I don’t think I want to go anywhere else.”

A show-and-tell program about the Lewis and Clark Expedition will make history come alive as Joe Fernald talks about his... read more