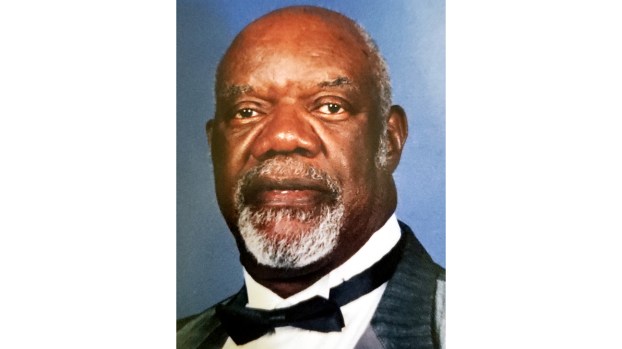 Manuel Brown, 89, passed away on Sept. 8, 2019. Manuel “Manny” Brown was born in Bogue Chitto, Mississippi, June 22, 1930, to Fannie Lee Brown and Manuel Brown. He was the second child of a family of five children (four boys and one girl). He went to school at the Lincoln Training School through the eleventh grade where his mother was a school teacher. In 1947, he finished high school in Vallejo, California, at the age of 16. A commercial came on the radio saying, “Get a career in the air.” After further listening to the radio, he found out they were talking about the United States Air Force. He took the test and did very well on it and pursued the possibility.

In 1950 in Vallejo, California, stationed at Travis AFB, he met Emelda Jane Smith, of New Orleans, Louisiana, whom he was happily married to for over 58 years before her passing in February 2011.

Manuel and family moved to Spokane, Washington, in 1960, where he was stationed at Fairchild AFB and worked in civil engineering. During these next military years, he spent time in Da Nang, Viet Nam, for a year and then lived at Zaragoza AFB, Spain, with his family for about three years where in his spare time, he coached basketball.

He and his family moved back to Fairchild AFB where he retired in March 1971. Prior to his retirement from the military, he worked for Washington Water Power Company, which is now called Avista. During the 19 ½ years he spent working for Avista, he became a foreman which took him out of town weeks at a time building power substations. Manuel finally retired after he retired.

In 1960, he and his family joined Calvary Baptist Church where he became an integral part of the deacon board, trustee, advisory boards, Sunday School superintendent/teacher, Bible Study leader and was recently inducted as Deacon Emeritus until his passing. He loved to sing, enjoyed carpentry, working with his hands, making kinaras, playing basketball (his favorite) and baseball and watching all of his children, grandchildren and great-grandchildren participate in sports. He played basketball against the Harlem Globetrotters in 1950.

Wife Emelda and daughter Emandaline Kelley, proceeded him in death. Visitation will be held on Friday, Sept. 20, 2019, from 4 until 7 p.m. at Ball and Dodd Funeral Home. Homegoing service will be held at Calvary Baptist Church, 203 East Third Ave., Spokane, WA 99202 on Saturday, Sept. 21, 2019, at 9 a.m. Entombment at Greenwood Memorial Terrace. In lieu of flowers, memorial donations may be made to Hospice of Spokane, P.O. Box 2215, Spokane, WA 99210-2215 or www.caringbridge.org.