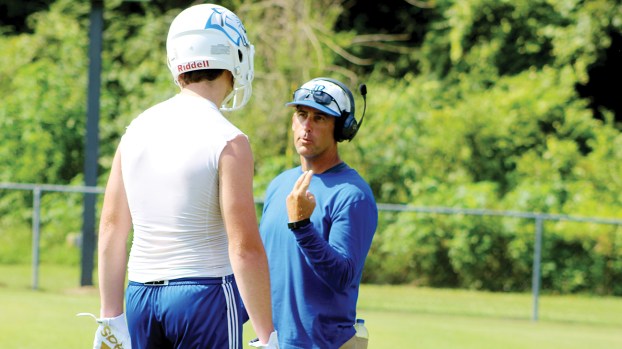 There are plotlines a-plenty Friday night for Brookhaven Academy in their 7 p.m. matchup with Cathedral.

For one it’s the divisional opener for BA as they play their first ever game as members of the new MAIS District 4-4A. The visiting Green Wave are 2-0 in district after whipping Hillcrest 34-0 and River Oaks 37-0 in the last two weeks.

It’s also homecoming at the school as the new queen will be crowned in a ceremony on the field preceding kickoff.

And finally, it’s Cougar coach Ron Rushing facing the school that he led for six years prior to moving to Brookhaven. Rushing coached the Wave to a 2014 MHSAA 1A state title.

In his first year at BA Rushing lost 34-20 to Cathedral with his 2016 team that rarely dressed more than 16 players. The next season the Wave knocked the Cougars off 49-24 in the season opener. Last season the two teams met again in the opener, but lightning and heavy rains led to the game being canceled midway through the first half.

Cathedral is coached by Chuck Darbonne and is 3-1 after dropping their season opener to Bowling Green. CHS bounced back the following week to go on the road and beat MHSAA 2A member St. Joseph 18-14 in Madison.

Last week in their win over River Oaks the Green Wave defense picked off four passes in pitching the shutout. As a team they ran for 305 yards and got a game high 115 yards from senior running back J.C. Harris. Harris scored a pair of TDs.

Cathedral also has a capable quarterback in senior J.T. Taylor who stands 6-foot-3 and weighs 215-pounds. Taylor had a 37-yard pass that went for a TD to Sam Mosby in the rout of River Oaks.

Last week in a 24-20 win at Centreville the BA defense gave up 223 rushing yards and 98 yards passing to the Tigers.

Quarterback Tyler Fortenberry gashed CA on the ground for 150 yards and one score on 14 carries. Through the air he went 10-of-26 for 110 yards and a TD.

The CHS defense is giving up less than nine points per game this season.

Winning on R.M. “Red” Stuart Field will be crucial for the Cougars as they also get the other division favorite — Riverfield Academy (4-0) — at home in three weeks.

The Brookhaven Academy Lady Cougars (25-4-1) put a bow on their regular season this week with a 7-1 win over... read more