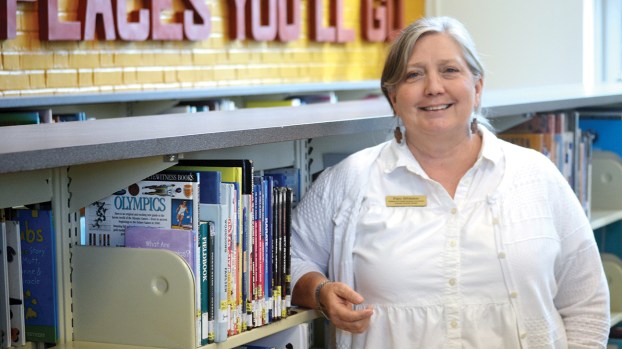 Pam Whitaker has to be somewhat of a mind reader at her new job.

She has to anticipate what books kids and young teens want to read and what DVDs they’d like to check out from the Lincoln County Public Library.

Whitaker is a familiar face at the library, where she has worked as the head clerk at the circulation desk for about a year, since Oct. 1, 2018, and where she worked a few decades ago while she was in college.

She and her husband John are known around Lincoln County as “the bee keepers” from their farm in Wesson. Her husband also is known as a state investigator for the district attorney’s office.

Whitaker had earned degrees in social work, special education and science, but it’s the love of books and children that stole her away to the library.

She was recently named children’s and youth services coordinator, replacing Kasie Brown who was promoted to head librarian.

The children’s area at the library has kid-friendly décor and smaller chairs than the rest of the library. The youth section also looks age-appropriate.

Whitaker figures out what are the hot books, DVDs and audio books, and also takes requests for library materials.

She enjoys pointing out the classics, such as “Clifford the Big Red Dog” and “The Cat in the Hat,” and steering patrons toward books by best-selling adult authors who also write for kids, such as John Grisham’s detective stories for boys and James Patterson’s books for kids.

“He has a talking dog,” Whitaker said of James Patterson’s series. “His books are really fun.”

She rattles off the names of other popular books: “Feed the Cat” and “Llama Llama,” both popular for grades K-2.

The library also has “The Baby Sitter Club,” a reading club in which second grade students read the same book for a month and discuss it.

“We’re trying to come up with some different types of events that are fun,” Whitaker said.

The library also offers graphic novels, which are illustrated stories in a hard cover.

The library has a section for parents, which aims to help them “teach their kids to learn to read and to reinforce what their kids do in school,” Whitaker said.

Whitaker assigns pre-designated reading levels for books for accelerated reader programs, through which children earn points for reaching books at or above their levels.

She is now in charge of the Storytime program on Wednesdays at 10 a.m. and the Summer Reading program. She hopes to start a chess club in January.

Whitaker and her husband have three grown sons and three grandchildren.

Whitaker calls herself “a military brat,” who made Lincoln County her home 29 years ago.

Instead of facing the Lincoln County Board of Supervisors to ask for a handout, the director of Region 8 Mental... read more