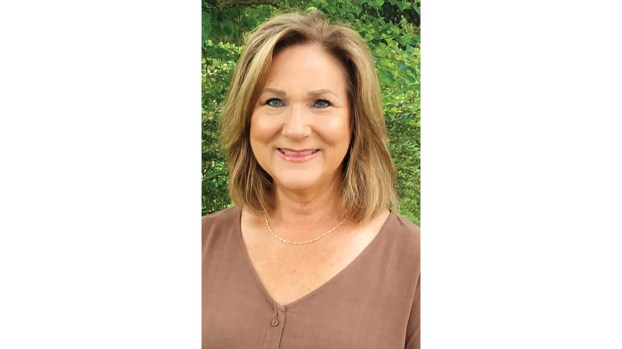 Nancy Fisher’s grown-up interests are a lot like those in her growing up years.

Her parents, James and Lerline Sinclair, were longtime educators in the Brookhaven School District. The gymnasium is named for her dad.

While attending Brookhaven High, and known as Nancy Sinclair, Fisher was an avid tennis player. She was a member of the high school tennis team and won a girls’ doubles state championship with her sister Becky, who is now her assistant coach for Ole Brook Tennis.

Fisher is now in her fourth year as assistant principal of Mamie Martin Elementary School, and is her seventh year as head coach of the tennis team.

“While I was in high school, I was pretty much involved in the same things that I am now,” said Fisher.

In between teaching jobs and raising children, she was the assistant director for the Attaché Show Choir at Clinton High School. The choir is a nationally recognized show choir that has won dozens of awards.

Fisher also has maintained her sense of humor, especially when describing herself. Fisher said she still enjoys playing “lots of tennis — it’s really the only exercise that is actually fun.”

“I used to enjoy cooking,” she said, “but now I just enjoy eating.”

Fisher is in charge of a 750-student elementary school “that seems like a huge school, and it is,” Fisher said. “Each class is like its own one-room schoolhouse.”

“You will not find a more caring or hard-working staff anywhere. “

Fisher, a Brookhaven native, graduated from Brookhaven High as did her daughters, 2006 graduate Kayla and 2008 graduate Abby.

Early in Fisher’s career, she taught elementary music in the Clinton Public School District, home of the famous Attache’ Show Choir. The choir has won dozens of national championships and has been named the No. 1 show choir in America multiple times.

“Those were exciting and busy days,” she said of the award-winning choir.

She and her husband Rob moved back to Brookhaven, giving Nancy a chance to be a homemaker while their girls grew up.

She re-entered the workforce by teaching at Brookhaven High and then became an administrator at Mamie Martin.

“I have thoroughly enjoyed re-entering the field of education in Brookhaven,” Nancy Fisher said.

“This school district is my heart and soul.”

Her husband is one of the radio voices of Panther Football on Friday nights.

Fisher is the pianist at First Baptist Church and has served in its music ministry for more than 25 years.

She enjoys traveling, especially going to visit her daughters. Kayla lives in Oxford, and Abby and her husband John live in Nashville.

Fisher said teachers at Mamie Martin Middle worked hard all summer to prepare for their students, who are now in an exciting year. In fact, the school’s theme is “Learning is an Adventure.”

Along with academic curriculum, students have daily activities such as art, keyboarding (typing), library use, computer lab and PE.

“Being a part of the Martin Elementary family has been a huge blessing for me,” Fisher said.

“There is truly no place I would rather be.  We Are Ole Brook.”

Brookhaven musician Blake Scafidel entertained a crowd of about 50 who gathered in front of the Downtown Music Academy at... read more