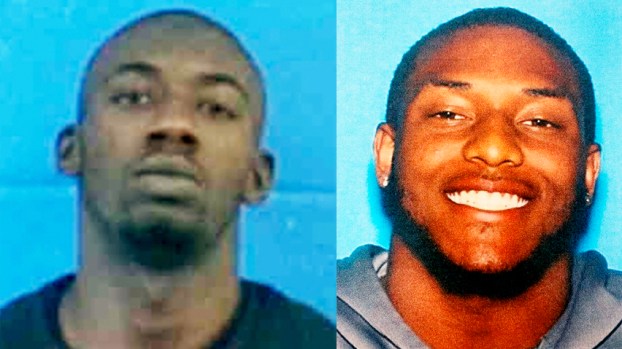 Authorities arrested a pair of teenagers Thursday in connection with an assault on a homeowner on Nola Road that sent the man to the hospital with bullet wounds.

Tetarious Taylor, 18, of 1065 Raymond Road in Hazlehurst, is in Lincoln County Jail on charges of aggravated assault and attempted burglary.

Javarious Bryant, 18, of 15 James Showers Lane in Monticello, is in Lawrence County Jail on charges of attempted burglary.

“These are initial charges and more may be filed as the case continues,” Lincoln County Sheriff Steve Rushing said.

Earlier Thursday, the victim returned home after a few days away and realized items were missing from his property. He reported the burglary to authorities.

About 8:15 p.m., the homeowner heard something outside and found two men in a small truck behind his house.

“He heard something outside and went outside to see what it was,” Rushing said. “He found the truck with two subjects in it. One of the subjects started shooting at him.”

The homeowner was hit twice, in the shoulder and hand. He was taken to the University of Mississippi Medical Center and was later released.

Based on information provided by the homeowner, surrounding law enforcement agencies were notified of the vehicle description and it was located Thursday night in Lawrence County by the Mississippi Highway Patrol. Further investigation into the incident revealed information that led to the arrest of Taylor and Bryant, he said.

At the request of the Lincoln County Board of Supervisors, the Mississippi Forestry Commission (MFC) approved a county-wide burn ban,... read more