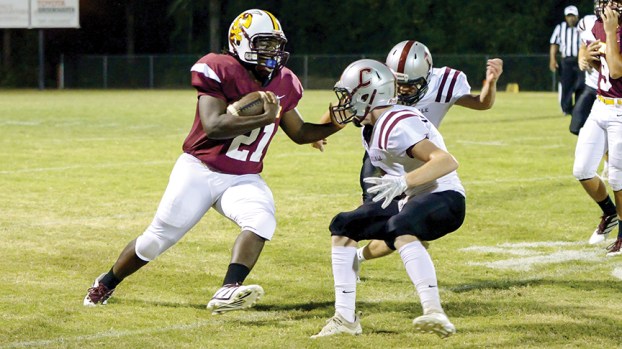 The rugged non-region portion of the Enterprise schedule concluded Friday with homecoming against Clarkdale. The visiting Bulldogs (3-3) dressed twice as many players as the homestanding Yellow Jackets (1-5) and used their superior depth to take a 50-6 win over Enterprise.

Skyler Coleman was crowned homecoming queen in a ceremony preceding the game on Harry Cole Field.

The good news for Enterprise was the team dressed 20 players after having a roster that had been whittled down to 14 healthy players at one point. The hope is to have all 24 fighting Jackets dressed and ready for action when region play begins next week with the Sting Bowl at Loyd Star.

Mize ’Dogs too much for Loyd Star Hornets